You all remember ole LenDale White, don't you? The fat, sack of sh*t running back who is now all full of himself after he rushed for 149 yards against the friggin' Chiefs; yeah, that guy. This is the same LenDale White who has, for the most part, been totally and completely stoned by the Colts defense the last few years. In fact, last year, against second and third team defenders in a late-December game (because the Colts were resting starters in that meaningless game) LenDale rumbled his lard ass to 45 yards on 16 carries. Before that, the game earlier in September of 2007, ole LenDale had 64 yards on 15 carries. That's an average of 3.5 a carry, with zero TDs, folks.

Yet, despite LenDale pretty much getting his butt handed to him on numerous occasions by Indy, he seems to feel the need to piss on the Colts, the team that has owned his Titans pretty much since 2002.

[The Colts] might not be good, but anytime you have Peyton back there as quarterback, it's never over.

Wait, just gimme a second. Let me take this and tac it up on the Colts team bulletin board here.

There. Nice and visible for everyone on the team not named Peyton Manning to see.

Of course, the Colts are not going to need bulletin board material to beat the snot out of the Titans. The Colts are a professional football team that is well coached and lead by some very smart, tough-minded veterans. No, the bulletin board material is really for us fans. It is for us to make funny little signs and other symbols of fandome to both cheer on our beloved Colts and, at the same time, make fun of LenDale White and the Titans.

One thing White's comments underscores is something that the Colts, as a team, should take notice of: The Titans simply do not respect the Colts. After years of Indy kicking the piss out of Tennessee, embarrassing them in their stadium and in the Dome, Titans players still do not respect the franchise that has won five straight AFC South titles. Contrast this with the Colts, who, after owning Tennessee for years and years, still compliment them and treat them with respect even though they clearly have not earned it. Have you ever seen Joseph Addai, Reggie Wayne, Marvin Harrison, Dwight Freeney, or Bob Sanders ever call the Titans bad? Even when the Titans were indeed HORRIBLE in 2004 and 2005, did you ever read or hear one of our players call them anything but "a tough, well-coached team?" No, you didn't.

Look, let's put this out there so we can get it off our chest: The Titans are a very good football team this year, but the Colts are going to demolish them on Monday Night. This is not a game where the Colts are like Golly Gee, we really hope we can play with these guys. The Colts are coming into this game thinking that they will not only win, they will crush the Titans.

However, unlike the always "professional" LenDale White (who is still a fat, lazy prick who likes to run his mouth) the Colts will treat the Titans with dignity and class regardless of their record, even as they are pounding Tennessee into the turf. Of course, people like Kerry Collins, head coach Jeff Fisher, and Nick Harper are not the kind of people who would pull a LenDale White. Not all of Tennessee's people are loudmouthed morons asking for someone to Darrell Reid them. But players like FatDale and his partner, Albert "Takes Plays Off" Haynesworth, seem to be under the impression that they are better than the Colts, even though they have not as yet played the Colts, or faced the early season adversity the Colts have.

So, after the Colts smack the Titans around this coming Monday, let us all sing a song for LenDale as we boot his jumbo butt out the Lucas Oil door. The song might go something like this.

LenDale White = About to get pwned. 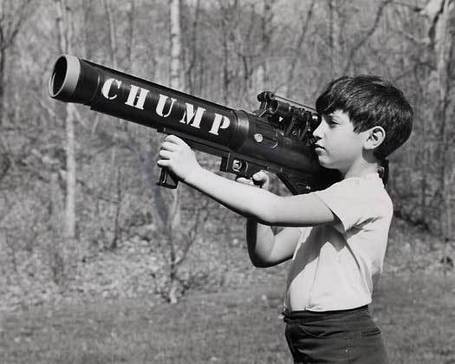 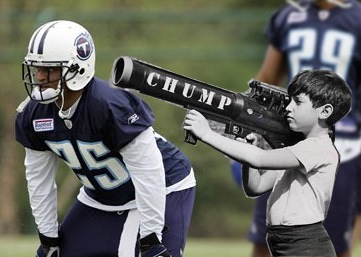 [UPDATE] From mgrex30 in the comments:

"It’s going to be huge," Colts middle linebacker Gary Brackett said. "It will be good to get a week off and let your body heal. It will be huge, but we can’t look past Tennessee. I think they’re very tough team. "