Obviously, this week's game versus the Titans is huge.  Division implications huge.  Getting over .500 huge.  Having a chance to take down the last remaining undefeated team huge.  The difference between being 4 games back without a tiebreaker or being 2 games back with the tiebreaker huge.

A game as huge as this provokes a lot of thought, but at least for yours truly, I don't have one major thought for this week.  Rather than trying to pluck one of the many small thoughts out of my head and trying to make something out of it, I'm just going to give you all my random thoughts for this week. 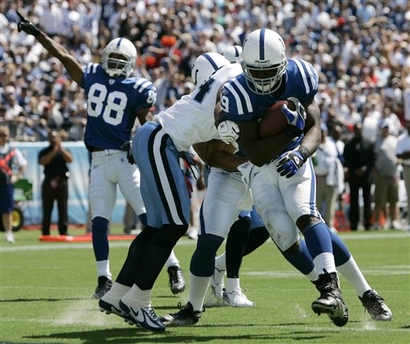 Now, I'm sure there a very valid reason for whatever Marvin is doing in the background, but it sure looks like he's practicing for a career in Broadway, or in the pointing industry.