Share All sharing options for: So...Which Comeback Was Better? 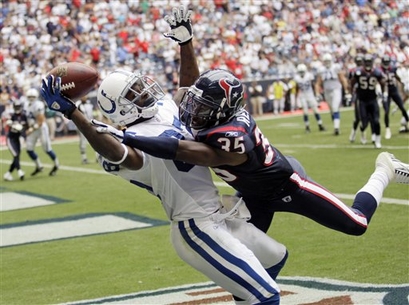 Just in case you weren't sure, what you saw today was exceedingly rare. The Colts became only the second team in NFL history to come back from a 17 point deficit or greater with 5 minutes left in the 4th quarter to go on to win the game. The other team to pull off the feat? The Indianapolis Colts, of course (Random fact: the second comeback came on the eve of the 5th anniversary of the first comeback).

Considering that we are experts in the field of epic comebacks, I come to you, Colts nation, with the question of which comeback you found more impressive. Before you vote, consider the following: