Know Your Colts History: The Legend of Robert Mathis

Share All sharing options for: Know Your Colts History: The Legend of Robert Mathis

February 26th has been a day in history synonymous with getting away. 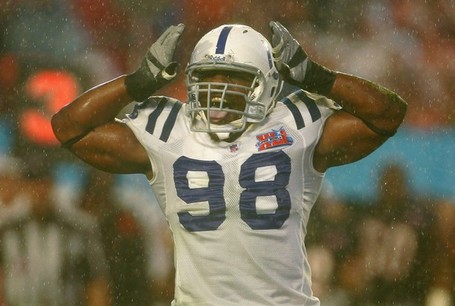 After being sedated with a tranquilizer dart and an extra large bottle of formula, Robert was taken home from the hospital where he began to live a normal childhood, except that he sacked a lot more people than the average child.

Eventually, those around him learned to love and accept him like any other child, by which I mean that people eventually developed new ways protect themselves from this sack-happy child.  Perhaps the most famous of these advancements were parachute pants which allowed people to fit extra padding around their legs to protect their lower body from Robert's constant bltizes.

To this day, many people believe that parachute pants were a fad started by MC Hammer, but in fact, he only began to use the pants after a trip to Mathis' hometown of Atlanta resulted in crushed pelvis and a shattered femur.  After recuperating from his injury, Hammer began to wear the pants full-time and released the hit song U Can't Touch This in the hope that Mathis would avoid hitting him in the future.  Robert wasn't the least bit threatened by Hammer's demands, but the song was catchy, so he decided to relent.

When it came time for Robert to go to college, he couldn't find any Division 1 scholarship offers.  Some say it was because at 6-2, 245 lbs. he was too small to be a defensive end, others said that he couldn't get a scholarship because he kept sacking all the recruiters.  Regardless of what may have happened, he ended up finding a home at Alabama A&M where he became one of the most devastating pass rushers in Division 1-AA history, piling up 221 tackles, 40 sacks, and 20 forced fumbles during his four year collegiate career.

Despite proving the doubters wrong in college, Robert still couldn't get respect from the pro scouts and ended up being drafted in the 5th round of the 2003 NFL Draft by the Colts.  Robert made a name for himself as a special teamer in his first three seasons in the NFL, using his skillset to terrorize kick and punt returners as well as anyone else who tried to get in his way.  He also developed a name for himself as a situational pass rusher who could come in and give the other team's offensive line another pass rusher to deal with.  In his final season of double-duty, Mathis had 29 tackles on special teams and 11.5 sacks and 8 forced fumbles in limited snaps on defense.

In 2006, Tony Dungy moved Mathis to defensive end full-time and the results since then speak for themselves.  Supermathis has piled up 198 tackles, 25.5 sacks, and forced 16 fumbles 42 games.  But his impact can't just be measured by numbers and the occasional meetings with Stampede Blue members.  With Roberrt Mathis, it's all about the memories.  Just take a look at these pictures and try not to reminisce: 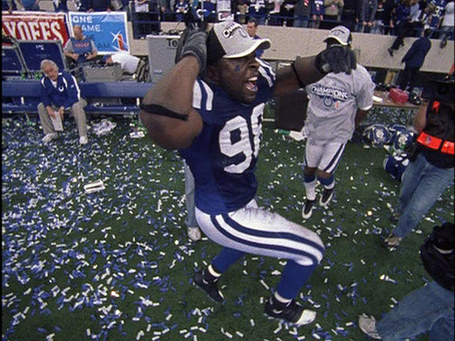 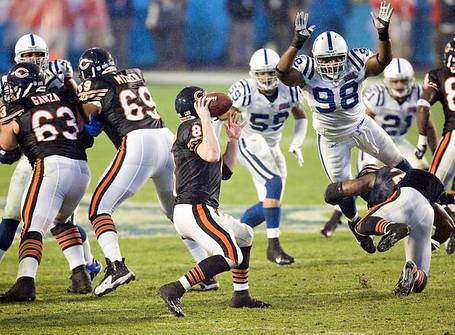 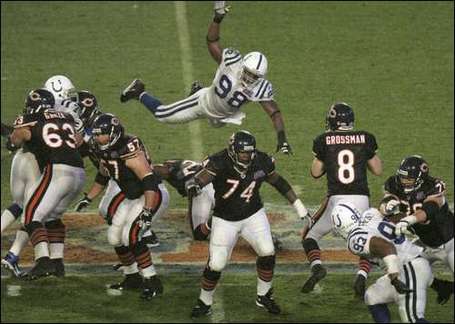 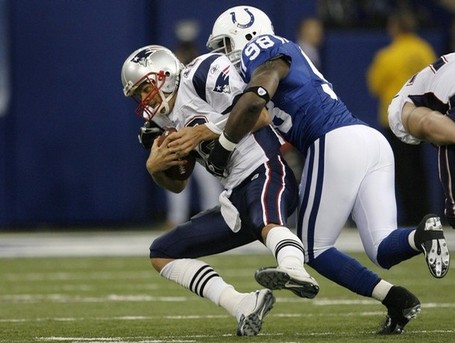 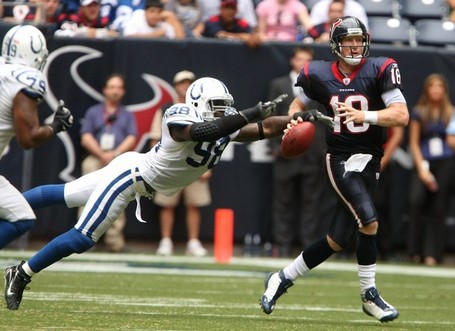 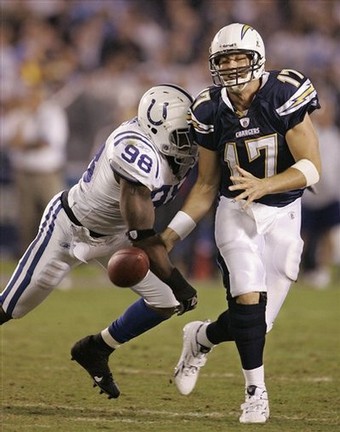 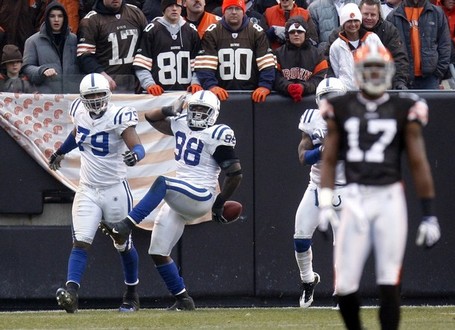 The best part about The Legend of Robert Mathis is that there's no end in sight, so expect a lot more chapters to be added to this legend.  Just be careful when you turn the page.  Chances are good that Mathis is coming around that edge as you flip the page.  You better have your parachute pants on as you read.