The 5 seed was taken by the Memphis Red Dogs and slash196's team continued it's too late hot streak. More importantly we have our results for the best team name poll. 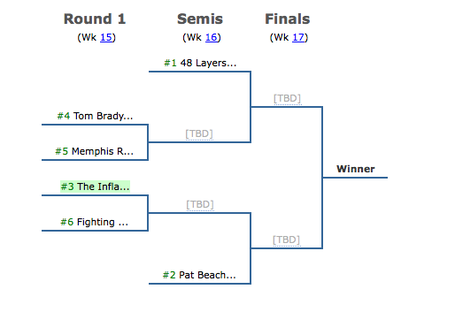 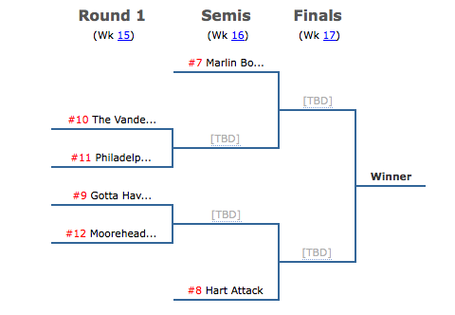 Good luck to all, but less to jbd's derelict FIghting for Last.