2008 Playoffs are more proof this season is absolutely freakin' insane

Share All sharing options for: 2008 Playoffs are more proof this season is absolutely freakin' insane

2008 might go down as the year the NFL went totally and complete batsh*t insane. 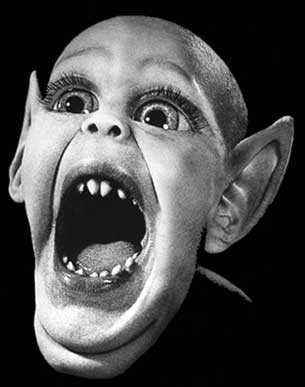 It started with knee injuries to Tom Brady and Peyton Manning. It continued with Tennessee starting hot; Kerry Collins reviving his career; the Arizona Cardinals coming to life; San Diego losing heatbreaker after heartbreaker; and Brett Favre willing the Jets to several early victories. The regular season ended with Favre tanking in December after an 8-3 start; San Diego barely making the playoffs at 8-8; Arizona stinking up the NFL from November onward after clinching their putrid division very early; the Titans winning the AFC South; and Peyton Manning, after his team started 3-4, wins the NFL MVP.

Now, with the Divisional Round of the 2008 Playoffs in full swing, the Chargers (8-8, remember) are still in it; the Titans lost at home, and are done; the #2 seeded Panthers are toast; and the friggin Arizona Cardinals, who were dog meat throughout the entire NFL regular season, are playing in the NFC Championship Game.

This is why the NFL smokes every other pro league, folks. Anyone can win anywhere, anytime.

If the Philadelphia Eagles defeat the defending champs today, the Cardinals will host the NFC Championship. Yep, that's right. A 9-7 team from the garbage NFC West division could indeed host the championship game. Over in the AFC, if the Chargers defeat the Steelers today, then San Diego (8-8, once again) will host the AFC Championship Game against the sixth seed, Baltimore. 8-8 could host a AFCCG! THAT'S FREAKIN' INSANE!

This has been a pretty cooky year, folks. We may get a Cardinals v. Ravens Super Bowl. Think about that. Did ANYONE pick those two teams in their conference champ games back in late-August? Their own fans didn't pick them!

Hope this gives all you Colts fans out there a little more perspective. Clearly, John Fox's Panthers were not ready to play the Cards. He is also known as a "fiery" head coach known for motivating people by yelling at them. Jeff Fisher, another coach regarded as a "feiry motivator," just lost to the sixth seed, at home. Also, Fisher's playoff record, like Tony Dungy's, is below .500. He's 5-6 with three first game playoffs exits in those six appearances. He's also been "one and done" twice as a #1 seed. I guess that means he sucks now, and is a "playoff choker." Right? I wonder if the fans of those teams will be calling for "change." Unlikely. That's just playoff football, folks. And whenever someone complains that Dungy is too mild mannered to win in the playoffs, that person is a complete f&#king idiot, and you should ignore his or her opinion in the future.

Records mean nothing. Seeding means nothing. Anyone can win. Even the friggin Cardinals. 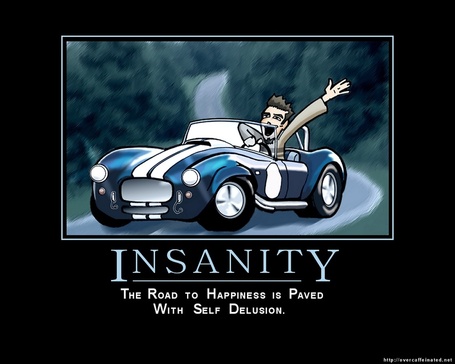 Meanwhile, Albert Haynesworth had a grand total of 2 tackles in the biggest game of his life yesterday. Jake Delhomme threw 5 INTs and fumbled the ball as his team was blown out at home. LenDale White had 45 yards on 15 carries. The "stellar" Titans defense did not record a sack. Will anyone call these players or teams "chokers" even though they clearly played horribly in "the big game?" Unlikely. They're held to a different standard than our Colts, for whatever reason.

And for all you folks that think Joseph Addai is "brittle," Chris Johnson was running like a madman in the first half of the Titans playoff game. He rolled his ankle in the second quarter, and did not play the rest of the game. Again, biggest game of his life, and he gets hurt. I'm not saying CJ sucks or is a brittle player. He isn't. I'm just saying that this is a violent, injury-riddled game, especially for running backs. And in Addai's case, his first playoff games featured dominant performances by him against some tough run defenses. He even got hurt in one game (Baltimore) and played through it as best he could. So, don't be quick to judge either of them.

Oh, and for those that believe that running the ball and stopping the run always wins playoff games, the Baltimore Ravens surrendered 116 yards rushing and a TD yesterday while only rushing for 50 yards themselves. Yet, they won on the road no less. Meanwhile, the running-challenged Cardinals took it to the power running Panthers by throwing the ball everywhere. The result was a 23-7 score at halftime, which basically was the end of the game. Carolina is not built to play from behind.

Perspective everyone. The playoffs are organized chaos. That's what makes them great, and there is no one true formula that wins there.