Share All sharing options for: One More Dungy Tribute 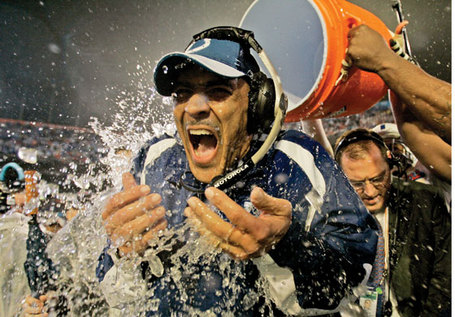 Whenever a legend in a field walks away from their craft, questions are brought up about legacy.  Everyone's legacy is different based on their contributions during their years of work.  Now that Tony Dungy has wrapped up a fine career as a head coach, it's time to look back at Dungy's legacy in football.

As a head coach, one's legacy is ultimately determined by wins and losses and in that regard, Dungy has done pretty well for himself.  Only 10 coaches have a higher career winning percentage than Tony and he's part of select group of 25 head coaches that can put Super Bowl Champion Head Coach on their resume (not that he'd ever have to look for a job, but still).  In Dungy's 13 years as a head coach, his team's average finish within the division was 1.8.  Strictly in terms of success at his job, Dungy has a legacy that anyone could be proud to call their own.

But when we look back at Dungy's career, we won't just look back at how many times he won.  We'll also remember how Dungy won games.  After all, every great coach finds success differently.  When it comes to Dungy's path to success, there's only one word comes to mind:

He didn't draw up a bunch of fancy plays, he didn't rile his team up by getting in their faces and screaming, he didn't deliver some eloquent speech before each game or any of that.  Dungy realized that teams don't lose because they didn't have enough trick plays or they didn't get yelled at enough.  Teams lose when they don't execute.  So Tony made his goal to make sure that his players could execute his game plan to the best of their abilities.

Just look at the Cover 2 defense that he made famous: It doesn't rely on complex blitz schemes or exotic zone coverages to shut down the other team.  All the Cover 2 needs is players that can fill each position and execute consistently.  Just think back to 2006 when everyone was calling on Dungy to change things up because everyone was running wild on the defense.  Throughout the criticism Dungy maintained that no dramatic changes had to be made, they just had to "do what we do" and at the end of the day, he had Super Bowl ring to prove that he was right all along. 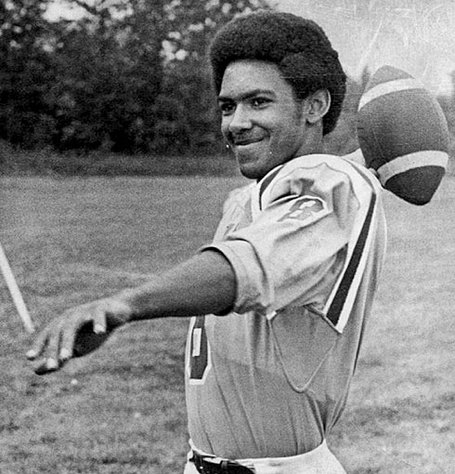 Dungy also realized the key to execution was preparation.  As a quarterback in college, he was as well prepared as they come and twice won team MVP honors.  As he made the jump to the pro level he had to make the switch to defensive back.  Switching from quarterback to another position that late in your development as a football player isn't an easy task (just ask Matt Jones) but Dungy was able to become successful through long hours of preparation during the week and by executing the team's defense on Sunday

The ability to adapt in difficult situations and stay productive was a trademark of Dungy's as a player and as he became a coach, it became a trademark of his players.  A great deal of his success is thanks to how well he prepared the backups for when they'd be called upon in times of need.  The stories of guys like Melvin Bullitt, Charlie Johnson, Keiwan Ratliff, and many others who were able to step in and contribute when key players were out will also be a key part of his legacy.

Now as Dungy hangs it up, Jim Caldwell is being entrusted with the duty of stepping in and continuing the work that Dungy has started.  Like his players, Dungy has prepared Caldwell so when it comes time to lead the team into battle next year, Caldwell will be ready to build on the foundation of execution and preparation that he started.  His legacy has already come full circle.