We'll stay on offense and kick things off again with a player who sparked disagreement. 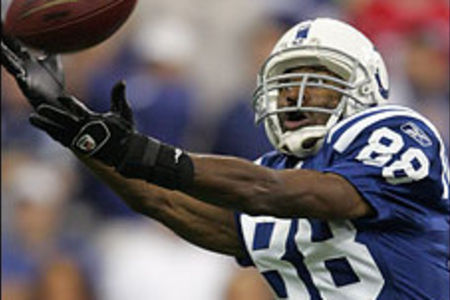 For the first time in Peyton Era Marvin Harrison played in more than 12 games and fell short of 80 receptions, 1,000 yards receiving and 10 TDs.

Marvin's decline was hard to see, both literally and emotionally. Marvin could still beat a corner deep (ask Chris McAllister) still work the short routes for easy yards, still catch the football, but week after week he just wasn't as productive. Marvin's decline wasn't obvious on the field because it was an all around decline. He didn't get open as often and when he did it was on short routes (10.6 is his lowest YPC of his career and is 2.6 below his career average). He didn't catch the ball as well, putting up a catch % that is more in line with a deep threat WR or a questionable handed guy like TO. He was still an effective WR, but a far stretch from the Marvin we all were acustom to.

There are 3 possible outcomes for Marvin this offseason, pay cut, release, retirement. There is nearly no chance the Colts will be able to pay 13.4 million against the cap for a WR that has fallen as far as Marv.