Reggie Wayne's catches declined from the previous year for the first time in his 8 year career. His yardage dropped for the 2nd time (though it's hard to top leading the league with 1,510 yards).

Wayne picked up where he left off last season as the Colts clear #1 WR and one of the leagues elite WR. 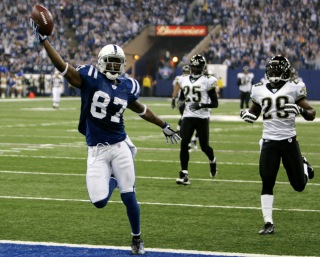 Wayne is in his prime and is signed long term at an affordable rate for a top WR. Not much to discuss other than whether he's a top 10 or top 5 WR in the league.