The rookie reciever affectionately refered to as "Frenchy" here was about what you'd expect from a D3 player adjusting to the league. He showed why he's a NFL prospect (hands, route running, speed), but wasn't a real factor.

Garcon was one of Indy's top special teamers recording 15 special teams tackles, returning a punt (for 5 yards) and was the primary kickoff returner (22 returns for an average of 21.6 yards). Garcon caught 4 passes fo 23 yards as a reciever. 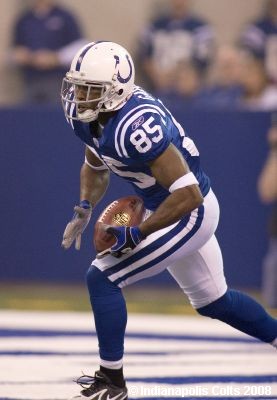 Garcon is a project, but has shown he is very skilled, both athletically while on special teams and as a receiver in preseason/limited regular season action. Garcon showed why he was drafted and may yet dissociate the #85 with wide receiver failure in Indy.