I have mixed feelings about this game. I love Donovan McNabb, and I have always felt that he is often unjustly criticized in Philly. This team was considered dead and gone back in November when they tied the Cincinnati Bengals. McNabb admitted he did not know NFL regular season games ended in ties, and he was mercilessly bashed by media and fans for that admission. The next week, McNabb was benched at halftime of Philly's game against Baltimore. After the game, everyone (including ESPN hack Sal Poalantonio) said McNabb's days in Philly were done.

Nearly two months later (and just like the Marvin Harrison media fiasco), Sal Pal and his cronies were wrong.

So, there is part of me that wants Philly to win it all; not just the NFC Championship.

The other part of me is Edgerrin. Our old friend (and the best running back in Colts history, Baltimore or Indy) Edgerrin James is the starting RB again in Arizona. He has run the football well, and he is posed to play in his first Super Bowl. Edge is one of the good guys in this league. We've read story after story about how awesome he is, how professional he works, and how his teammates love absolutely him. I am no fan of Ken Wisenhunt, and the thought of Captain Fumblator in another Super Bowl going up against another great defense is enough to induce vomiting, but it is tough not to root for ole Edge.

But, while I love Edge, and would root for him and his team if they made it, I have to go with Philly. Edge already has a ring (and yes, he was as part of that team as Dungy, Manning, Addai, and Sanders were) and his legacy is secured. He is currently 13th all-time in rushing. If he plays for another year or two and gains 1,000 yards, he will pass Franco Harris, Thurman Thomas, Marshall Faulk, Marcus Allen, and Jim Brown on the all-time list. Edge is a first ballot Hall of Famer when he retires. If not, then there should be no Hall of Fame. 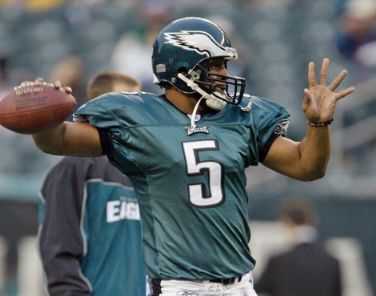