Who is Jim Sorgi really?

Is he the quarterback who was outplayed through 3 games by Quinn Gray (who was unemployed until being picked up by the Cheifs to ride the bench after they lost their 1st and 2nd QBs), but won by default as Gray self destructed while Sorgi watched sidelined with a knee injury? Or is he the victorious hero of the week 17 Sorgi Orgi, KSK's week 17 Meast of the Week and the player that was better per play* value put him in the top 1/3rd of starting QBs this season. 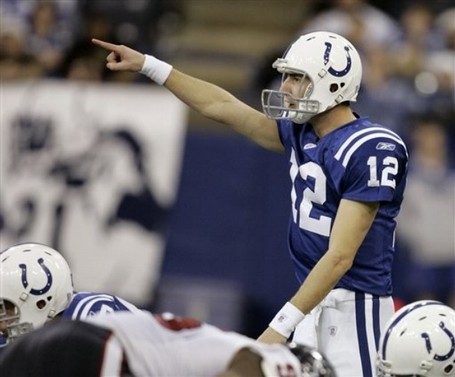 Not at all the same

Actually not a whole lot. One pass makes up half the Comp%, 2/3rds the difference in ANY/A and without it Sorgi's QB rating would actually be higher in preseason. The major difference between Preseason and Week 17 was one pick. That's the problem with small samples.

So if Sorgi didn't play all that different were we too hard on him in preseason or too soft on him after the week 17 win (and I do think it being an easy victory had a bit to do with how his play was percieved)?