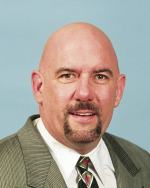 Yesterday, several University of South Carolina fan sites reported what our own hoosier in sodak reported here almost ten days ago: The Colts have hired former Gamecock's special teams coach Ray Rychleski as their new ST coach. Of course, per typical Colts protocol, they haven't made an announcement yet even though everyone and their grandmother knows Rychleski was hired. It's always been a source of frustration for fans like me that in this modern world of instant access to information, it takes forever for teams like the Colts to shoot out a simple press release which reads "Colts hire Rychleski."

So, Rychleski is now the ST coach. He is taking over a unit that has been bad for close to six years. Bad special teams have cost Indy numerous playoffs games (2005 divisional game against Pittsburgh, this year's Wild Card game against San Diego, 2004 AFC Championship Game against New England), and the firing of the units old coach (Russ Purnell) was long overdue.

The odd thing about Purnell is he came from a place that was known for great special teams play. Some have forgotten, but Purnell was the ST coach for the Baltimore Ravens when they won the Super Bowl in 2000. In the Super Bowl itself, one of Purnell's returners ran a kick back for a TD, essentially icing the game. When Dungy came to Indy, he hired Purnell away from Baltimore. While the Ravens ST play has remained consistently good since, Indy's ST play under Purnell was always consistently bad.

Contrast this with Rychleski, who does not come from a Super Bowl winning team. He comes from the University of South Carolina, and he worked for quite possibly one of the most moronic coaches ever to grace a football sideline: Steve Spurrier. Spurrier has always been known as a lazy boob. He is living proof that college football is a joke, rewarding laziness and shady recruiting tactics over hard work and discipline. Spurrier's total and complete failure in the NFL truly showed everyone just how colossally stupid he is as a coach, game manager, and teacher.  Sorry, but my feelings about Spurrier are pretty strong. He represents everything I detest about bad coaching.

And it was Spurrier who hired Rychleski last year.

But for us here, we look deeper. Hop on over to SB Nation Gamecocks blog, Garnet and Black Attack, and you get a very clear assessment of just how good Rychleski is, and how much he meant to South Carolina fans:

While we can't blame Coach Ray for leaving for a position at a succesful NFL franchise under his old colleague and new Colts coach Jim Caldwell, his departure is a tough blow to Gamecocks fans. Rychleski, known for leading stellar special teams units while at Maryland, brought instant improvement to the Gamecocks' units in his first year in 2008. We had effective kick returns units, didn't give up as many blocked kicks as we had over the prior two years, and generally looked more competent. The blocked FG against Vandy, weird kickoff return lateral against Florida, and blocked punt against Clemson weren't very memorable plays for Ray's reputation, but compared to some of the pathetic stuff we had to see in 2006 and 2007, Ray did a fantastic job.

Indeed, Rychleski's work at SC did help their special teams show immediate improvement. Prior to the SC job, "Coach Ray" worked as the ST coach at Maryland for seven years. His resume at Maryland was very impressive:

During Rychleski's tenure at Maryland, special teams has been one of the program's strongest areas. Former Terrapins kick returner Steve Suter set an ACC record with 1,271 career punt return yards, a mark that stood until this season. Rychleski also coached Nick Novak, Maryland's career leader in field goals made.

Between Brooks Barnard and Adam Podlesh, Terrapins punters have earned all-ACC honors in six consecutive seasons beginning in 2001. In Rychleski's time, the Terrapins never have allowed a punt to be blocked.

When Rychleski left Maryland, the move was made because Rychleski wanted to coach in the SEC. He thought, according to the WaPo article links above, that if he coached up the SC special teams, it would lead to a head coaching gig. Rychleski did indeed improve SC's special teams, but instead of holding out for any possible head coaching gigs in the future, Coach Ray is taking a chance and jumping to the NFL.

If Rychleski can improve this special teams unit, as he did at Maryland and South Carolina, then he most certainly chould get some college head coaching nods.

So, unlike Russ Purnell, Coach Ray seems to have an actual track record of sustained success. He has good pieces here to build a strong ST unit. Adam Vinatieri, Hunter Smith, Justin Snow, and Darrell Reid are some of the best in the league at what they do. With a healthy T.J. Rushing, the return game should hopefully improve. If Rychleski can get these peices working together as one cohesive unit, it will go a long way to getting Indy over this special teams "hump" that has held them back on numerous occassions.

From the looks of it, this was a strong hire. Now, we wait for the defensive coordinator announcement.