Know Your Colts History: Darkness on the Edge of Town

Share All sharing options for: Know Your Colts History: Darkness on the Edge of Town

As I was going through mgrex03's prop bets for the Super Bowl, I found that the hardest pick to make was what song Bruce Springsteen would open up with for the Super Bowl halftime show.  It's a tough call because the halftime show is so much shorter than a concert and you want to play the best songs you can since odds are you're never going to get that big of an audience ever again.

As I was agonizing over the choices, I got to thinking about Edgerrin James and how some of Bruce's greatest hits identify Edgerrin's career.  Especially now, as the two of them get ready for the biggest performances of their lives I thought it would be a good time to take a look at how their careers have mirrored one another.

For Bruce Springsteen, Born to Run was the title song from the album that put him and the E Street Band on the map. Years later, it would go on to be named as one of the 20 greatest albums of all time by Rolling Stone. 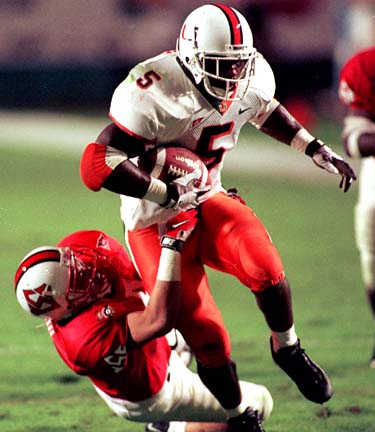 Edgerrin James, as we all know, was literally born to run.  After tearing it up at Immokalee High School, James put himself on the map with a stellar career at the University of Miami.  Years later, he's one of the 20 greatest rushers of all-time and the NFL's active leader.

Prove it All Night 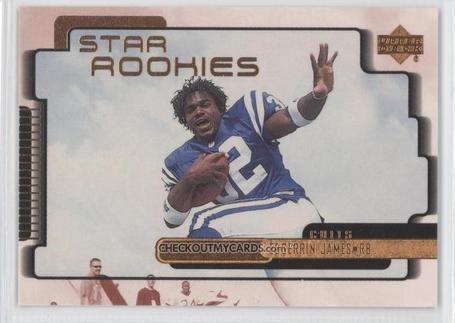 Bruce and Edge both came blazing out of the gates early in their career, but they both had times where they had to follow tough acts.  For Bruce, it meant delivering an album that could live up to the standard he set with Born to Run.  Edgerrin James had the unenviable task of replacing Marshall Faulk for whom he was traded on draft day.  One triple platinum record and one rushing title later, both showed that they had what it took to prove it all night. 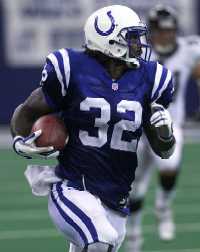 Spare Parts wasn't Bruce Springsteen's greatest song and 2001 wasn't the best season.  For both people, these events would trigger transition phases in their lives.  Spare Parts was the last single Springsteen released before the E Street Band dissolved, leaving people to question whether or not Bruce could make it on his own.  Edgerrin suffered a devastating knee injury that ended his season and left people questioning whether or not he'd ever be the same player he was before the injury.  Both would need to rely on their spare parts to get back to the top. 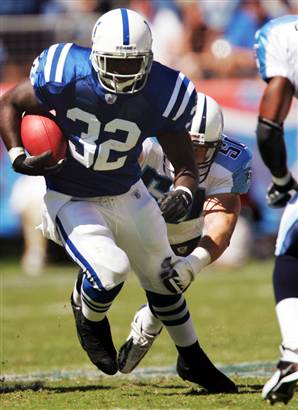 In time, Bruce got back together with the band and Edgerrin was able to recover from his knee injury.  The Rising was the band's first single the band released after reuniting and signified the return of a legend.  The style was a little different, but it still worked  James had a similar moment in his career in 2004 when he returned to Pro Bowl form, rushing for over 1,500 yards and averaged 4.6 yards per carry, relying on a game more catered to his power running than the explosiveness that he relied on early in his career.  Bruce and Edge hadn't just risen, they'd climbed all the way back to the top. 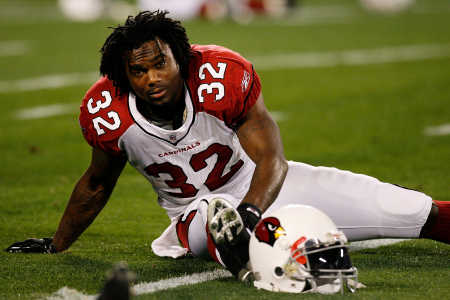 After their successful comebacks, both continued come out with stellar work.  It may not have gotten the same attention as before, but they were still getting the job done.  Most of Springsteen's work on the Magic album, including Radio Nowhere, received very little airplay despite it being some of his best work.  Edgerrin James chugged out two more 1,000 yard seasons in the desert with little fanfare since the team wasn't very competitive.  With buzz around their comebacks now completely gone, it looked like Springsteen and James would fade off into the sunset never to be heard from again.

Working On A Dream 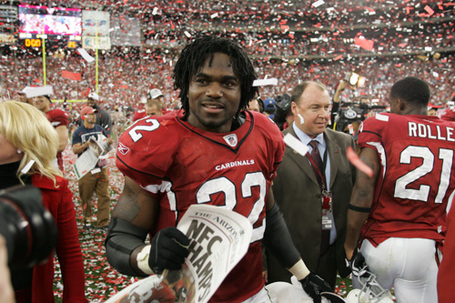 No one would've blamed either guy for deciding to hang it up and call it a career.  Both had Hall of Fame credentials and some thought they really didn't have a whole lot left to offer anyway.  But both men knew that they still had plenty to offer and wanted to keep pushing after their dreams.  On Sunday night, both could reach those dreams on the same stage.

(Note: This is going to be my last Know Your Colts History for a while.  As most of you know, I'm a writer at Bullets Forever and for the next few weeks I'm going to be giving that site my undivided writing attention while the site's main writer take a little hiatus to take care of some stuff.  I'll still be around in the comments to drop one-liners and fun stuff like that, but I need to keep my longform thoughts focused over there for a little bit.  But never fear, I'll be back soon to continue this weekly series and if recent history holds up, probably compare another famous Colts to some musical figure.)