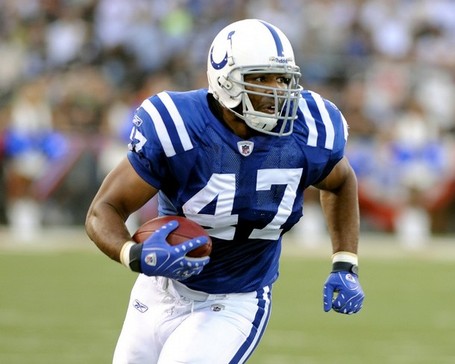 Gijon was a sure handed, but was far from explosive receiver. He didn't have the fumble or injury issues that plagued his predicessor, but he was touted as a excellent blocker coming into the season. Line play isn't my specialty, but I saw far too many blown blocks (especially in a few key spots) and ineffective running to Gijon's side for me not to question what the Colts had saw that made them think he was an especially good blocker.