The 6th round rookie, sat out the openner then played 6 games (starting 2) before a shoulder injury ended his season.

Santi caught 10 of 13 passes thrown his way for 64 yards and a great TD catch that kicked off the epic comeback against the Texans. He showed a lot of promise putting up his entire recieving line in his first 3 games. He was shut out in the next 3 and inactive for the following 3 and IRed for the remaining 6. 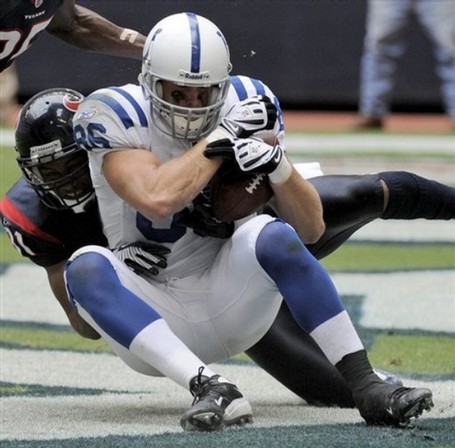 Santi has shown the recieving skills to be the #2 TE and is a solid blocker. He'll be fighting Honey Gijon Robinson for the starting spot when camp rolls around.