Ball spent only one of 17 weeks on the Colts active roster, but he made that one week count. 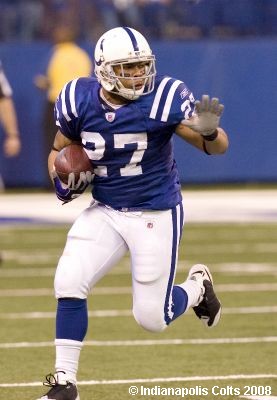 Future Contract Info Unknown, he made 1/17th of a rookie minimum salary this year.

88 yards in 14 touches against the Titans backups week 17, is promising. 6 yards per touch can't be ignored even if it wasn't against top competition. Obviously it's too early to project anything from cleanup duty in a meaningless game, but he justified his existence on the fringe of the roster. Ball showed promise, but if Mike Hart is able to return healthy and Dom or Edge return, Ball will have little chance of making the roster and may not make the practice squad as a 5th RB.

Update: Here's a scouting report on Ball since we only saw a little bit of him.