Mike Hart showed a lot of promise before blowing out his knee. Now his future depends on recovering quickly as a back that fell in the draft because of a slow 40 time can't afford to be slowed even further. 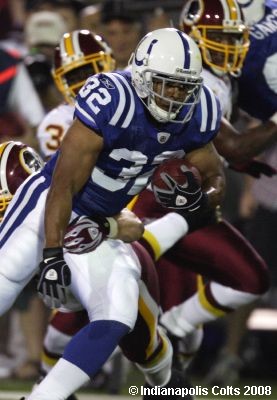 If Hart can come back at the same level he showed last year he could be the complement back to Addai. That's a big if and a sizable could though. Hart's roster spot is in danger and if he can't show he's the same back the we saw last year he's career will be over before it even started.