The rookie speedback out of Morgan State came up from the practice squad 6 weeks into the season, after Mike Hart's season ending knee injury. Simpson didn't show the promise in the running game that Hart did, but Simpson could return kicks. 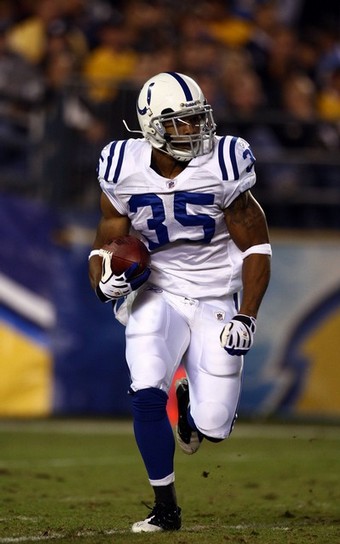 While Simpson's return numbers were very mediocre (35th of 57 players in the league with at least 10 returns) he was the best out of all the kick returners the Colts used.

The Colts return game was awful this year, but it was at it's least awful with Simpson returning kickoffs. He wasn't great as a runner, but he was likely hurt even more than Dom and Addai by the line run blocking failures. A rookie back who's best trait is speed, will probably need some good blocking to do well. A dedicated kickoff returner is going to be at risk to be cut if the roster gets tight, but being the clear best option there is a big help. If Simpson can show more as a runningback his spot will be more secure, but he was outperformed as a RB by Addai, Dom, Hart and Ball this year. Simpson is in trouble if the Colts draft or are able to unearth another quality RB or a returnman from the undrafteds.