The Polian Corner: Final report from the Big Red Head on the 2008 season

Share All sharing options for: The Polian Corner: Final report from the Big Red Head on the 2008 season

The Bill Polian Show is highly entertaining, especially if you like to hear Bill Polian talk about football philosophy, strategy, and history. He really is a fountain of football knowledge, and while he likes to pontificate a bit on certain things, he keeps his knowledge (and his cards) very close to the vest. Someone once called into his show and asked him if he planned to write a book when he retired. Polian laughed and said no because he has family and friends still in the business. He doesn't want to give away his secrets. 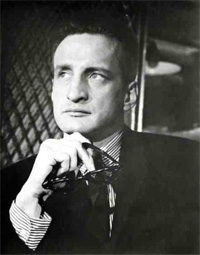 Some Colts fans get annoyed with Polian and his show, claiming he does nothing but spin, spin, spin. Even some media people, like former Raiders GM Mike Lombardi, who now works for National Football Post, think GM radio shows do nothing but cause problems.

On this point, I disagree. And Bill Polian's show proves it can work. The benefit of a show featuring your team's GM is it can give the fans insight into the kind of person running the team. In the case of now former Cleveland GM Phil Savage, his show proved he was a clueless idiot with no business running an NFL franchise. This was made even more abundantly clear with his now infamous F&*k You email to a fan. If I'm an NFL owner, I would insight my GM have a local radio show. If you cannot field calls or questions from fans, how the hell are you going to deal with the stress of working a high level NFL personnel job?

In Polian's case, he does a great job answering (sometimes moronically stupid) fan questions. It is particulary enjoyable to read his responses after a loss. With this, you have to give him credit. Very few people will put themselves out there after a heart-breaking loss. Bill does it each and every week, win or lose. That should offer you some small insight into Polian's character. Like him or not, he will not back down from his responsibilities. He will own any problem, stand up for anyone on his team.

That said, here are the highlights from the last Bill Polian Show of the 2008 season:

To think you could go into that game without Marlin Jackson and without Gary Brackett against that high-powered offense and essentially hold them to 17 points in regulation – which should be enough to win in every National Football League game; that’s the blueprint – that’s an incredible performance by our defense. As I say, they were from the Cleveland game on among the best defenses in the National Football League. To not have their performance rewarded really hurt. It hurts badly

This was the most difficult season of all the playoff seasons we’ve had. You’re going to lose some games like this. Every year, everybody except the Super Bowl champion goes home a ‘loser.’ In every city, there are calls for everyone’s head. There are calls for change in direction. Over time, that has proven not to be the correct approach. If you look at the teams in the National Football League who habitually win, they are the ones who do the right things and stay the course. The teams that habitually give in to the short-term frustration of losing are the ones that continue to lose.