Bob Sanders had a helmet at practice, and other AMAZING news stories

Share All sharing options for: Bob Sanders had a helmet at practice, and other AMAZING news stories

Oh, and I should add this important note: S BOB SANDERS HAD A HELMET TODAY FOR PRACTICE! 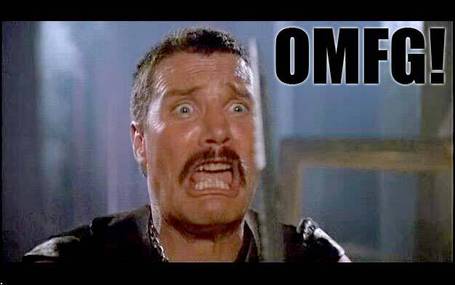 It's, like, serious-I'm-going-to-lose-my-sh*t-in-my-pants-in-front-of-your-mom time! The Bobzilla. The Zombie. The Eater of Souls. The BSBD. The Hawkeye from Hell. Chuck Norris' Chuck Norris. He actually attended a practice for the first time in 2009 with... a... (go ahead big guy, just say it)... HELMET! 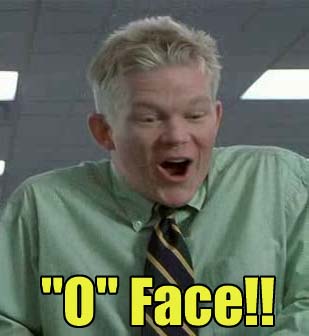 Now, in all seriousness, it is nice to see that Bob is now able to carry heavy equipment to the practice field, and while I love Bob Sanders and all he has done for the Colts, the fact of the matter is, right now, the Colts do not need him.

I don't write this to suggest that I want Bob Sanders traded, released, or exorcised by a Catholic priest back to the demon pit from whence he came. I'm just saying that, right now, the Colts are playing defense at a very high level. They are the #5 scoring defense in football (15.5 points per game), the #5 pass defense, and the #15 ranked rushing defense having held their last two opponents under 50 yards rushing.

I'm also saying that Melvin Bullitt is playing outstanding football, and his efforts should not be rewarded with a seat on the bech while an injury prone safety returns from yet another knee operation.

More than anything else, I'm saying I am sick and tired of "The Bob Sanders Watch." 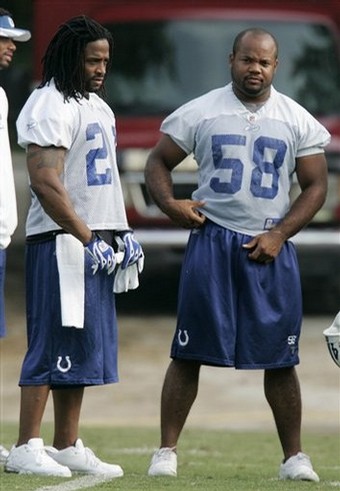 Today, he had a helmet. Tomorrow, he'll be in pads. On Thursday, he'll run a little bit. On Friday, maybe he'll do a walk through. And then, on Sunday night, maybe he'll play and maybe he won't.

At this point, I really don't care if he does or not.

I played this game all last year and I played it most of 2006. Bob Sanders is a special player, and by all accounts he is a great guy. But we Colts ticket buyers do not pay him $37.5 million just to play in, maybe, ten games out of sixteen. I know Bill Polian said something a few weeks ago about how it was OK for Bob to play twelve out of sixteen games a year.

I love Bob. I very much appreciate his contributions. But, for us fans, we just saw Dwight Freeney sustain a rather serious quad injury against the Cardinals two games ago. Many experts thought he'd miss several weeks. Turns out, those experts under-estimated Dwight Freeney. He did not miss this past Sunday's game, and his presence made an immediate impact. And while I understand that a strained quad is very different from the many "knee scopes" Bob has gone through, there is no doubting the perception that Dwight Freeney is "tougher" than Bob Sanders, and he does not allow injury to cost him games.

With Bob, the fact of the matter is he cannot stay healthy, and, from a fan's point of view, such players are not worth the time of day. Sorry NFL players, but that's the price you pay for your multi-milion dollar contracts. Fans have zero loyalty or sympathy for a $37 million dollar player who cannot consistantly stay on the field. In Bob's case, he does not play smart and he does not do enough to keep himself from sustaining these time consuming injuries, most of which having to do with his knees and legs. He doesn't seem to do enough to keep them and the rest of his lower body strong.

Add into the mix the before-mentioned Melvin Bullitt.

Since Bob Sanders missed most of last season with (brace yourself) knee problems, Melvin Bullitt has been the starting strong safety for the Colts for two seasons. And while Bullitt does not provide the same big play ability that Bob does, what Bullitt does provide is consistency and outstanding production. You know that Bullitt will be there because, unlike Bob, Bullitt can stay healthy. 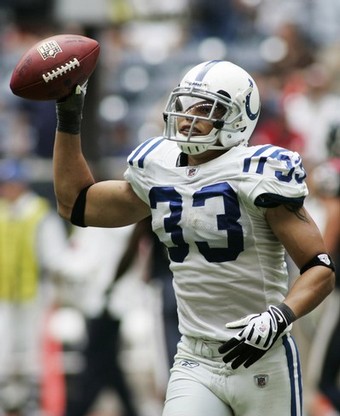 And since this new coaching staff is all about accounability and playing the players who are playing the best right now, what kind of signal does it send to the players if the coaches bench Bullitt (a two year starter) for Bob Sanders (a player who has not earned his starting job)?

So, while I'm sure many want to throw a parade because Bob Sanders showed up to practice with his friggin' helmet, the fact is I really don't care. Bob should have been placed on the PUP to start the season considering it is now Week Five and he has participated in ZERO practices since January. No mini-camps. No OTAs. No training camp. No pre-season. No games.

So, for four weeks now, Bob Sanders has been taking up a roster spot for really no reason whatsoever. Want a reason why the Colts were not able to keep DT Adrian Grady? Look now further than Bob Sanders.

Even if Bob does practice this week, what about him says he should get time at strong safety over Melvin Bullitt, who has been sweeting it out since the very beginning?

If Bob is healthy to play, great! Put him out there on special teams (he'd be a scary gunner). Maybe have him in on some dime or nickel packages, or rotate him in on short yardage plays. But, for me, the starting safety from here on out is Melvin Bullitt. He's earned it for 2009. Bob hasn't. If Bob wants his old job back, the first thing he needs to prove is that he can stay healthy for a full 16 game season. Until he does that, it is Melvin's job to lose.