Bow before the Gods of Clutch, Peyton and the Colts D

Share All sharing options for: Bow before the Gods of Clutch, Peyton and the Colts D 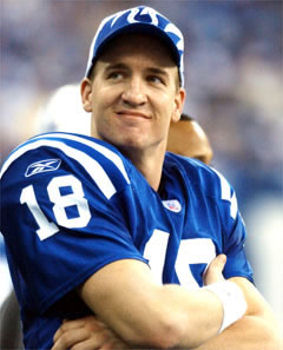 Just for kicks and giggles, after the jump is the quick recap I had halfwritten for a loss in the final 5 minutes.

Too many drops, too many miscommunications, too many blown coverages and blocks. Too many mistakes to beat a talented team like the Patriots. The Colts turned the ball over twice on miscommunications between Peyton and his WRs, and were forced into several punts by key drops from Garcon and (to a lesser extent) Collie)

I still think the Colts are one of the leagues elite teams, but they didn't execute like one tonight. Pierre Garcon personified the Colts night. Bursting with talent with some head turning plays but making far too many killer mistakes.