(Warning: This Colts v. Ravens preview is sans Mayflower trucks because, quite honestly, we've been there and done that. Most rational, civilized, well-adjusted people are over it already. Those that aren't need a life).

We made a big brew-ha-ha earlier this year about Baltimore native Barry Levinson's well produced but painfully flawed ESPN documentary titled The Band That Wouldn't Let It Go The Band That Wouldn't Die. The doc's story centered on the old Baltimore Colts marching band and their efforts to keep the spirit of football alive in the city of Baltimore after the Colts left town in favor of Indianapolis in March of 1984. ESPN probably should have waited until this week to air the doc, as it would have likely stirred up the fanbases in both Baltimore and Indy just in time for the now-seemingly annual Colts v. Ravens showdown.

Yet, despite the seemingly annual match-up, there does not seem to be any sort of animosity or hatred between the two teams. The reason for this: Peyton Manning. Baltimore fans and players seem to respect Peyton Manning more than any other QB in the league. I've heard more than a few fans from the "City of Firsts" say that Peyton Manning is as close to a clone of Johnny Unitas as they've ever seen. He even walks like unitas did, they say. There is also mutual respect from Colts players towards greats like Ray Lewis, Ed Reed, and Ravens coach John Harbaugh (brother of former-Colts quarterback Jim Harbaugh, a longtime fan favorite).

With this year's match-up, the rivalry now has the added dimension of a potent Ravens offense, led by a very impressive QB named Joe Flacco, and a Colts defense that, right now, is playing better football than the Ravens defense has this season. 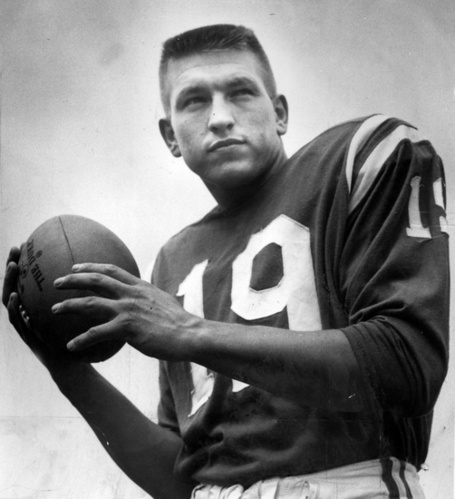 John Unitas; quite simply, THE man

First and foremost, I'm a huge Joe Flacco fan. He's a better QB than Matt Ryan, absolutely no question about it. While Ryan is a cool customer who shows an impressive knowledge of the game of football, there is nothing Ryan does better than Flacco. In fact, from what I have seen, Flacco has a better arm and has been able to do more with less than Ryan has.

The Ravens offense is one of the best in football, averaging roughly 25 points per game behind a passing attack from Flacco that has generated 12 TDs and only 7 INTs. The Ravens also boast an impressive ground game behind (arguably) the most under-rated RB in all of football: Ray Rice. Baltimore's rushing attack averages 4.3 yards a carry and has scored 12 TDs. Just like when the Colts had to travel to Tennessee earlier this season and shut down all-world runner Chris Johnson, stopping Rice and the Ravens ground game will be top priority for the Colts defense. 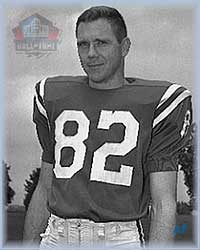 Raymond Berry, one of my favorite players of all time

What has been odd of late has been the play of Baltimore's defense. Though they are only surrendering 17 ppg (ranked 5th in the league), there have been some games this season where the Ravens D has fallen way short of the high expectations we fans set for them. They lost three in a row in October, allowing teams like the Patriots and Vikings to score seemingly at will on them. They righted their ship by defeating the then-undefeated Broncos, but have been a bit erratic ever since. The recent loss of Terrell Suggs will hurt their D, and while they certainly miss the play of departed linebacker Bart Scott (who signed with the Jets this past off-season) you absolutely cannot discount a defense with Lewsi, Reed, and all-galaxy defensive tackle Haloti Ngata, who is the cousin of Colts rookie Fili Moala.

Keys to the game: 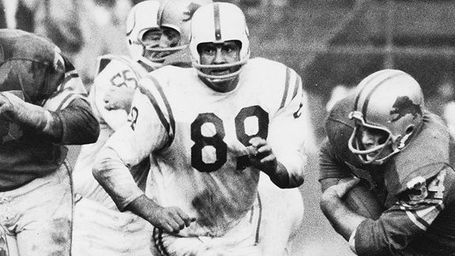 Sunday's game will also feature the return of Ravens legend Matt Stover, who spent 13 seasons in Baltimore as their kicker. The Ravens let him go this past off-season, and it was a decision they now openly regret. Stover has been damn impressive filling in for an injured Adam Viantieri. Meanwhile, the Ravens cut the kicker they replaced Stover with, and are now handing the kicking job to journeyman Billy Cundiff.

After a whale of a comeback against the Patriots last week, traveling to Baltimore will prove another tough physical and mental hurdle for the Colts to overcome. They've done this kind of thing before this season, winning a thriller against the Dolphins and then going on the road to face the Cardinals, who they spanked in their house. This will be Indy's first road game in nearly a month. You could really say this is Indy's first road game in almost six weeks. Their last "road" game was at St. Louis against the Rams, where it seemed there were more Colts fans in the stands than rams fans. Indy's last true "road game" was Week Five at Nashville against the then 0-5 Titans.

This road test will likely prove a strong one for the Colts as the Ravens are a very good football team. For more insight into the game, please visit Baltimore Beatdown, SB Nation's outstanding Ravens blog.