In previous years, this pressure wasn't nearly as high because the league wasn't as top-heavy.  But now, just to get through the AFC playoffs unscathed the Colts will have to knock off some combination of the Chargers, Patriots, Bengals, Dolphins, Ravens, and Jaguars.  I have all the confidence in the world that the Colts can knock off any of those teams, but the playoffs have a way of throwing things in a loop.  I don't need to remind you of the narrow playoff losses over the years to teams who may have lacked the Colts' talent, but had luck on their side.  Even if we get through that gauntlet, there is still the matter of the New Orleans Saints.  Can you imagine the drama that would go with two undefeated teams playing for the Super Bowl?  To go all the way to the Super Bowl only to lose to a team who is just slightly more perfect would be devastating.  Absolutely devastating.

That's why a loss now wouldn't be so bad.  A loss now would take away all this pressure and allow me to watch and enjoy this great team without worrying about what will come in the playoffs.  But the Colts just don't seem to want to get along with the program, so I guess I'll just keep biting my fingernails until Peyton is holding up the Lombardi Trophy this February.

But enough about my tormented life as a Colts fan.  How about some screen shots from Thursday's game? 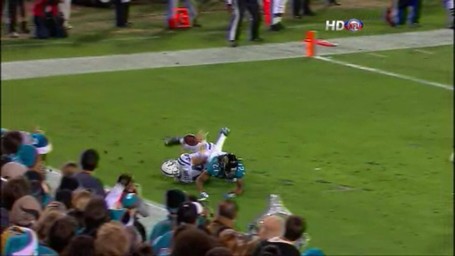 Dallas Clark makes playing tight end look far too easy.  If he didn't wear gloves, I would seriously begin to question whether or not he is human. 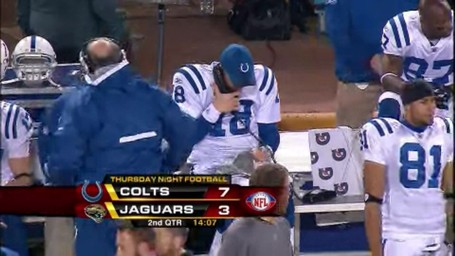 Peyton was surprised when fellow endorser Tiger Woods called him during the game.  He was more surprised when he learned that Tiger dialed the wrong number in his phonebook.  He was looking for Phoebe, not Peyton. 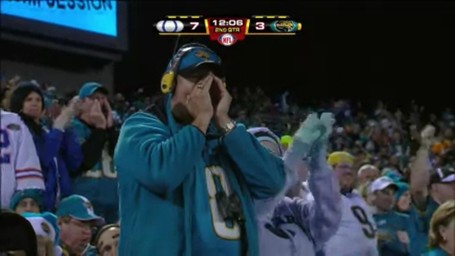 This man is wearing all teal.  Your argument is invalid. 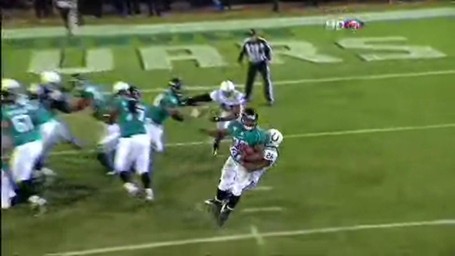 That's Kelvin Hayden wrapping up Maurice Jones-Drew and throwing him down.  Good luck finding five other corners in the league with the strength to do that. 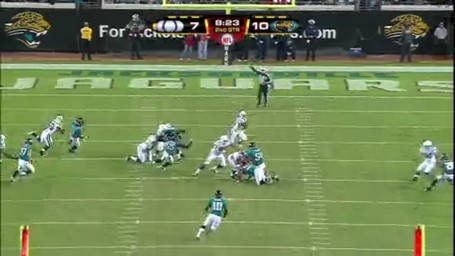 Matt Millen said the Colts opened up a "crease" for Chad Simpson.  If that's a crease, I would hate to see what a gaping hole looks like. 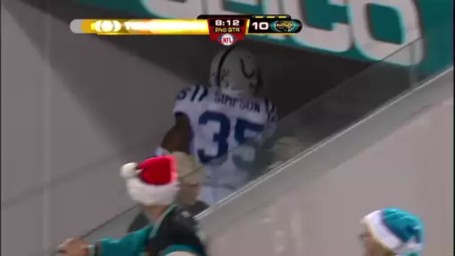 Chad's Bo Jackson impersonation was funny until he announced that he would be signing with the Cubs. 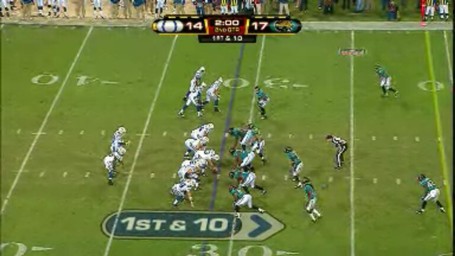 It doesn't take a gridiron scholar to appreciate the mismatch the Colts have at the top of the screen.  One defensive back against three wide receivers?  I'll take it. 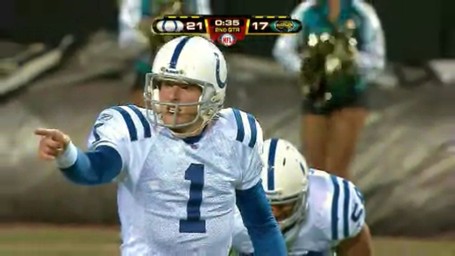 Hey Pat...you might want to consider a smaller chin strap.  I haven't seen a piece of athletic equipment dangle that loose since Rex Grossman's jock strap fell out of his pants when he first saw Bob Sanders. 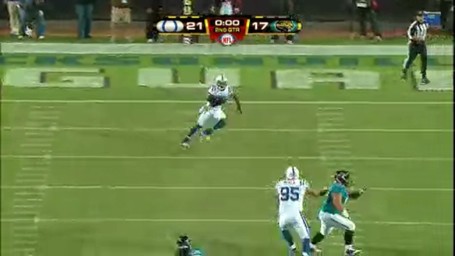 Antoine Bethea has the athleticism to be a good return man.   But it was a little puzzling to see him returning this long field goal consider Chad Simpson had just taken a kickoff to the house earlier in the quarter. 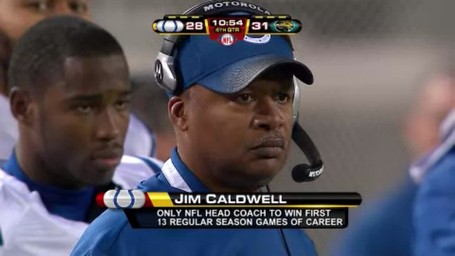 That has to look good on a resume. 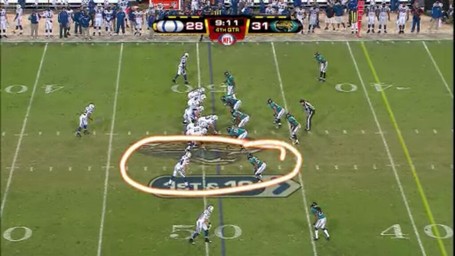 It may have been highlighted here, but whoever covers Dallas Clark is over-matched on every play. 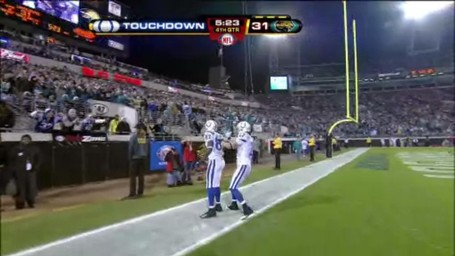 If looks could kill, Reggie Wayne's glare would have wiped out most of the lower bowl. 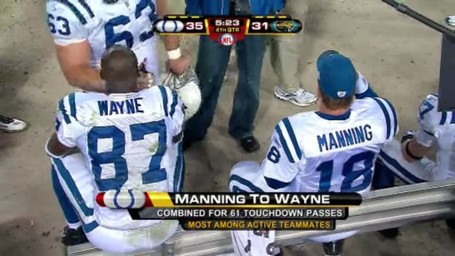 That probably looks good on a resume too. 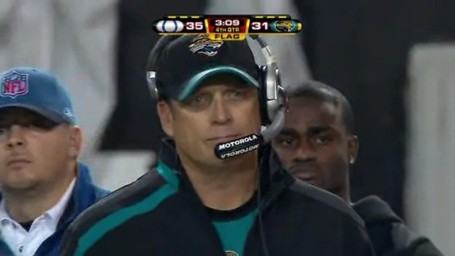 If you're looking for one image that sums up the Colts-Jaguars rivalry, this is it.  The Jaguars are losing, they have just committed a penalty to negate a big play that could have helped them win, and Jack Del Rio is just standing there.  It happens every single year. 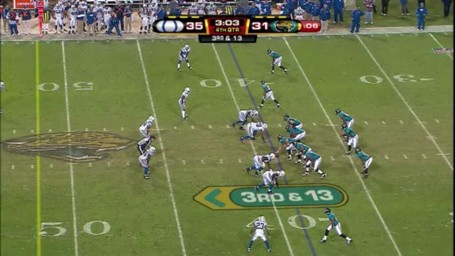 The decision to use the umpire at MLB was a puzzling one, but it worked. 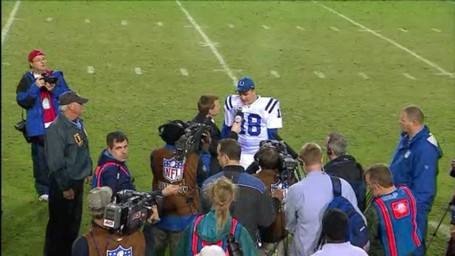 Peyton always rolls with a posse.