Don Banks thumbs his nose at Peter King, claims Colts might be "Team of the Decade"

Share All sharing options for: Don Banks thumbs his nose at Peter King, claims Colts might be "Team of the Decade"

A site we have routinely ridiculed and belittled here for several years is ProFootballTalk.com. They are the National Inquirer of the NFL, dealing in gossip, rumor, and innuendo. They report hearsay as fact, and they work very hard to throw a lot of mud up onto the gossip wall, hoping something will stick so that they can take credit for "breaking it." It is a formula that has been very successful for them. They are now featured prominently as a piece of NBC Sports media, with journalistic stalwarts like Bob Costas forced to plug the site during NBC's Football Night in America show. Gee, I bet Bob looooooooves doing that. Costas once insulted ESPN for their entertainment-style reporting on Dennis Miller's HBO talk show years ago. Now, he shills for PFT, who make ESPN look like Jim Leher's News Hour on PBS. Happy holidays, Bob. Have a drink on me, cause your job kind of sucks right now.

So, why open this article talking about PFT when the title mentions Don Banks, Peter King, a thumb, and a nose?

Well, since PFT has made a lot of bread writing about nothing, but presenting it as something in order to fool people that the nothing is something, I thought I'd take a stab at writing about something that could be nothing but does not seem to appear as nothing.

A few days ago, SI.com's Don Banks published an article claiming the Indianapolis Colts was "still alive" in the "Team of the Decade" discussion. Forget for a moment that most talk about "Team of the Decade" is crap, especially when people claim the New England Patriots are that team even though the taint of cheating clouds their accomplishments. Banks works for SI.com, the same company that employs Peter King, who is (without question) the biggest reason anyone reads SI.com at all. King's Monday Morning QB articles are essential reading for all football fans and media whores like me. Two weeks prior to Banks writing his "Colts still alive in the NFL team of decade debate," Peter King released his All-Decade list, which featured the New England Patriots as the best team of the 2000s.

Now, if you read Banks' article, you notice that in order for him to just come out and say "The Colts are the team of the decade," they have to meet certain caveats criteria: They must have an undefeated regular season and they must win the Super Bowl this season. Its seems that only then will Don openly do what his recent article seems to subtly do:

Thumb its nose at the biased buffoonery that is Peter King. 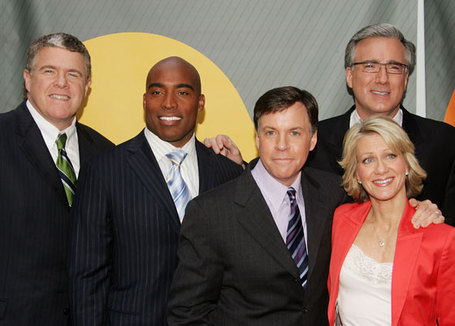 I think this goes without saying, but I'll say it anyway: Peter King is Sports Illustrated. There is no reason to read the magazine or the website without him. He is their unquestioned star; the Peyton Manning of the magazine, so to speak. Because of this, it is very rare for someone to contradict King on SI.com's site, especially someone like Banks, who is an accomplished sports writer in his own right.

But, for a loser blogger like me, seeing this kind of "disagreement" is very healthy and much welcomed. I haven't always agreed with Don Banks writing, and I'm not sure I agree with it now. I've gone on record as saying that for the 2000s there is no "Team of the Decade." You can't tell me it's the Patriots because for the years they were winning Super Bowls they were recording opponents play calls on video tape and using those calls to defense the opponent later on down the line.

AKA, they blatantly cheated.

If you read King's reasoning for picking the Pats as the best in the 2000s, he does not mentioned "Spygate" in association with them. Sure, he brings it up when he talks about Bill Belichick, who he named "Best Coach of the Decade," but the insinuation was that Spygate was all on Belichick, not the Pats.

There was also the blatant cheating of Patriots safety Rodney Harrison, who was caught taking illegal performance enhancers prior to several key playoff games against teams like the Steelers and Colts, who many feel are the two biggest competitors to "Team of the Decade" accolades. Harrison's play was a major reason why the Patriots won those games (in particular the 2003 AFC Championship Game against the Colts) and were able to move on and win the Super Bowls that King says makes the Pats the best. There were also all the reports of faulty injury reporting, such as Belichick forcing players on IR to fully practice with the active team.

This is King's team of the decade? 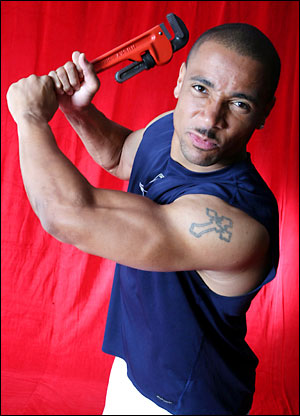 Rodney Harrison, cheater and part-time plumper with a Hitler mustache

Now, some of you might be asking why King did not mention any of this stuff in his article. I'm not sure what King really and truly believes, but I do know this: If King writes that the Patriots are not the team of the decade, and cites their well-documented cheating and NFL rules violations as the reasons why, the Patriots will never talk to Peter King ever again. They will shut him out of their media process. No more "exclusive" interviews with Bob Kraft. No more access to Tom Brady. The Pats will turn to King's competitors, like Adam Shefter, Chris Mortenson, or Jay Glazer, and give them the access they currently give King. This would then mean King cannot justify the likely seven figures he reels in from NBC, SI, and other media outlets for his services. In addition, King shares a set with Rodney Harrison every Sunday on NBC, and if he were to cite Harrison's doping as a major reason why the Patriots are frauds, let's just say their on-air chemistry would be a tad cold moving forward.

It is for these reasons why I believe King picked the Pats as the team of the decade, which for my taste is bad journalism.

Now, I'm not saying all this to bash the Patriots. I've done plenty of Pats bashing in my time. But, if you talk to fans and other football enthusiasts.. hell, if you talk to other Patriots fans, many agree that all the allegations of cheating and wrong-doing by the Pats have tainted their accomplishments this decade. Adding to the fire is the fact that the Pats have not won a championship since they were caught cheating. They came close, but lost to a New York Giants team that was the #5 seed in the NFC, and had looked like a warm dog turd entering the post-season. Factoring all this in, how can the Patriots be the best of this decade?

For me, I've long said that there is no "Team of the Decade." I said this back in the summer, when ESPN stupidly did their "All-Decade" crap prior to the 2009 season actually starting. Very classy, guys. Verrrrrrrry classy. By the way, some of the best "Team of the Decade" stuff was done by Pro Football Reference. 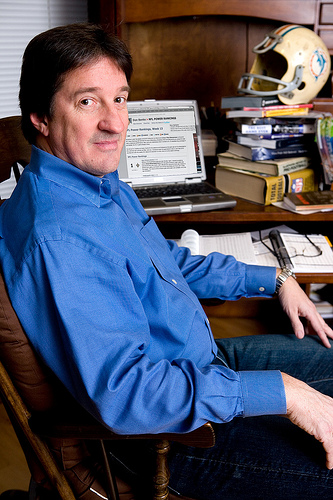 The teams (plural) that have accomplished the most are the Patriots, Steelers, and Colts. The Steelers have (so far) won two championships under two different coaches. The Colts have won the most games, won (currently) one championship, and for the past five years (aka, half the decade) have dominated the Patriots. I see no reason why only one of these teams should get "Best of the Decade" status based on all these factors.

Interestingly, Don Banks seems to agree with me.

I guess the point in all this is not to prop up the Colts as the best team this decade. Maybe they are. I don't know. All I know is I have enjoyed their accomplishments so far this decade, in particular the way they have carried themselves and the manner in which they have won. What I do know is that, since the blog "revolution," arrogant sports writers like King can no longer determine, solely on their own, who is and who isn't "the best." Banks' recent article seems to suggest, to me, that not everyone agrees with the Lord and Master of Football Media. And with so much new media out there, the days of self-important sports writers pontificating on what they think is the best, and ignoring what the rank-and-file think, seem to be (hopefully) coming to an end.

I also like how two prominent writers on SI.com do not agree, and are openly writing articles that conflict with one another. This counters the hack-a-rific spectacle at ESPN, where story trends and angles are determined by producers before they are written by hack writers in order to create a narrative that is consistent all throughout ESPN's media brand, from TV to Internet to radio. It is this kind of arrogance that, for shake n bake and I, has "dumbed down" the overall nature of sports discussions and journalism.

So, to Don Banks, thank you. Please continue to write articles that contradict Peter King for the simple reason that King's opinions on the NFL are seemingly not always motivated by honest analysis, but rather personal bias on King's part. If I wanted personal bias, I'd read a blog. Maybe that's why when you Google "Peter King Colts" my blog is the first to pop up, and not SI.com.