The Colts first pick of the 2008 draft got off to a rocky start that cost him a chunk of preseason and the first month of the regular season. Pollak started the next 13 games before another injury kept him out of the playoff game. Pollak looked lost a lot of the time especially early on. If Ryan Lilja had been healthy Pollak would most likely have spent this season filling in for injury as the 6th lineman instead of starting. 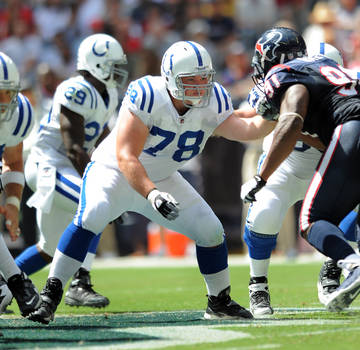 Pollak is in year 2 of a 4 year contract. His deal is the league minimum salary each year with a 1.3 million signing bonus. If Saturday walks or Lilja doesn't return from his knee issues Pollak will be a starter. Pollak improved through the year, but will still need to improve to not be a weak link in the line.