The End of an Era: The Indianapolis Colts release Marvin Harrison

Share All sharing options for: The End of an Era: The Indianapolis Colts release Marvin Harrison

Regardless of the circumstances, the money, the production, or the fact that it was just time to move on, it is still a sad day for Colts fans. NFL.com is reporting that the Colts have granted Marvin Harrison's request and have released him. He will never play for the Colts again, it seems. Tip to SoCalSites.

For the last few days, the Colts have tried to work out a contract re-structuring with Marvin, but an agreement could not be reached. Under his current contract, Marvin was scheduled to count over $13 million against the salary cap. Now, he is a free agent. Since Marvin knew Indy could not carry him on their roster at that price tag, and since a deal to re-structure could not be reached, Marvin asked for his release. The Colts granted that request today.

Please comment and offer your opinions. I'm pretty bummed right now. Sure, I knew this would eventually happen, but it still stings. It stings bad. 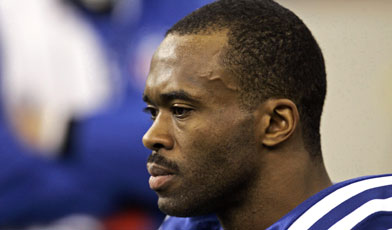