The more new Colts special teams coordinator Ray Rychleski talks, the more I like him

Share All sharing options for: The more new Colts special teams coordinator Ray Rychleski talks, the more I like him 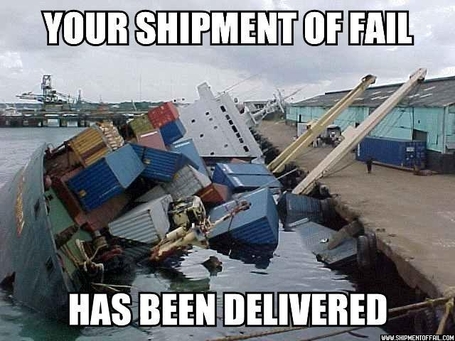 We're all friends here, and I think we can all agree that one of the positives (and there were very few) of Tony Dungy retiring was seeing longtime special teams coordinator Russ Purnell kicked to the curb. I miss Dungy terribly, and it will be an adjustment watching games and not seeing his Landry-like, stoic presence on the sidelines. But Dungy was always very reluctant to fire assistants, even if they were total and complete boobs (like Purnell). When Dungy rode off into the NFL sunset, one of the first things new head coach Jim Caldwell did was change Dungy's approach to assistants. Purnell's contract was not renewed, and long-time defensive coordinator Ron Meeks was (for all intents and purposes) fired.

In the end, the personnel changes could benefit everyone involved. Ron Meeks got a job coaching Carolina's defense, and if he is successful it could boost him to the head coaching ranks. Meeks needs to make a name for himself and get out from under the shadow of Tony Dungy. Purnell went to the Jaguars, which is a win for us because it weakens a division opponent.

Replacing them on the colts are Larry Coyer (defensive coordinator) and Ray Rychleski (special steams coordinator). We're going to talk about both men today (in two separate articles), with this one focusing on Rychleski.

A Stampede Blue reader forwarded me this article; a profile of Rychleski and his move from the college ranks to the pros. After watching Rychleski speak, and seeing him quoted in the article above, I have to say that the more Rychleski talks, the more I like him:

"It’s interesting. When I was younger I would have done anything for the opportunity to coach in the NFL," said Rychleski who also coached at the University of Maryland for seven years under Ralph Friedgen between stints at Wake Forest and South Carolina. "But Jim couldn’t hire me unless I had a resume. Sure it helped that I previously worked with him, but it’s a bottom line business. You have to produce.

"It’s very rewarding to do a good job over the years and people recognize this. If Jim didn’t hire me I wouldn’t have took it any other way, than I just wasn’t the right guy for the job. It just wouldn’t have been the right way to be hired just because of our friendship."

Rychleski was afforded the opportunity because his special teams were among the best in the nation while at Maryland.

Over the seven-year period he spent with the Terrapins, UM had zero punts blocked - the longest current streak in Division I-A football. His special team units blocked 22 kicks and had eight returns for touchdowns during his tenure. In addition, Maryland led the country in kickoff return yardage defense, allowing just 16.56 yards per kickoff return in 2007.

Rychleski's track record in the college ranks is impecible. Fans in South Carolina and Maryland near worship the guy. Gamecocks fans in particular were upset he left college for the pros, but were understanding when they saw the team Rychleski was going to.

"I didn’t want to leave South Carolina. I loved it there," said Rychleski. "Coach Spurrier and his family were fantastic to me. I told him I wasn’t going to leave for another college job, but this opportunity may never come along again so I had to do it. He wasn’t upset, but he didn’t want to lose me. He was hoping I was happy there, and I was. But he understood the opportunity."

I am no fan of Steve Spurrier, but the results of his excellent special teams play at South Carolina are a direct result of Rychleski's coaching. Despite losing special teams stud Darrell Reid and longtime punter Hunter Smith to free agency, the Colts have a real chance to dramatically improve their special teams play. Last year, coverages on punts and kicks were very much improved. However, punt and kick returns were an utter joke. A 5 yard gain was a success. 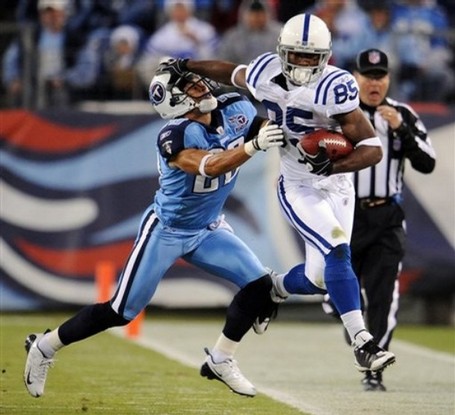 Punt returns were a continuing adventure last year, and not in a good way

Interesting sidenote that one can pick up from the Rychleski interview: The moment Dungy retired, Caldwell knew exactly what he planned to do. Caldwell had no intention of retaining Meeks or Purnell. How do we know?

"It’s quite an interesting story," said Rychleski, who coached special teams for Steve Spurrier and the University of South Carolina this past year. "I was at the national coaching convention and there were rumors going around the Coach (Tony) Dungy was going to retire (from the Colts). When I heard that I thought, ‘It sure would be neat if Coach (Jim) Caldwell called me.’

The rest as they say is history.

So literally within ten minutes of Dungy calling it quits, Caldwell was on the phone looking to replace Dungy's longtime special teams coach. THEY COULDN'T GET PURNELL OUT THE DOOR FAST ENOUGH!

Can't say I blame them. I know the excuse for Purnell was always that Indy used younger players on ST, and that there was a lot of turnover. That excuse was shot down after listening to Darrell Reid insinuate that Purnell was a clueless tool who didn't know how to coach. The lose of Reid will hurt, but the addition of Rychleski could improve this squad.

If anything, at least the guy appears to know what he is doing. Let's hope that counts for something.