A 4-2-5 [defense] is a nickel. It’s called a strong nickel or a big nickel. But with 3 safeties instead of 3 DBs while playing what looks like a 4-4-3. They only used it when Bob came back, but they used it. Hagler was playing like a safety when he was starting at WILL though.

Our discussion was on what kind of defense Tony Dungy's Tampa-2 evolved into after his seven years in Indy. Obviously, his defense in Tampa Bay was the gold standard for the Tampa-2. In Indy, because he did not have Warren Sapp (defensive tackle), Derrick Brooks (linebacker), or Ronde Barber (cornerback), Coach Dungy had to make adjustments. Indeed, the Super Bowl-winning Colts players who manned the positions made famous by the gentlemen just listed were Raheem Brock (defensive tackle), Cato June (Linebacker), and Nick Harper (cornerback).

One of Dungy's tweaks during his coaching tenure was to deploy a base 4-2-5 look. This means 4 defensive linemen, 2 linebackers, and 5 defensive backs. Colts fans saw this alignment extensively during the 2006 playoff run, along with a standard Cover-3 look, which saw Bob Sanders leave his safety spot in a 4-2-5 look, drop down in the box as a linebacker, and proceed to decapitate opposing ball carriers.

We refer to this defense here as the Bob Sanders Beatdown Defense, or BSBD. 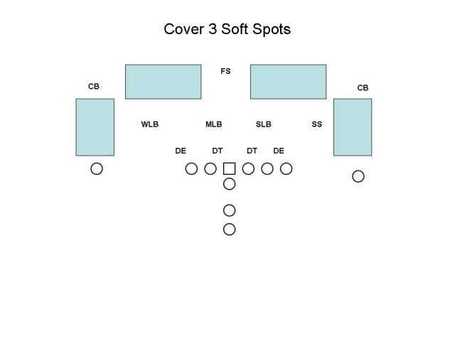 Again, this is a variation, a tweak, of the famed Tampa-2. Is it "pure" Tampa-2? Of course not. If you ran Tampa-2 all day, opposing offenses would pick you apart. Variation of some kind is necessary to keep opponents honest. It is the degree of variation that often separates the Bill Belichicks from the Tony Dungys. Our old fiend Billy Boy deploys a wide variety of variation for each of his defensive game plans. It is a reason rookies and younger player rarely thrive in the Patriots defense. The notable exception was last year's Jerod Mayo.

With Dungy retired, and his longtime defensive coordinator Ron Meeks implementing another Tampa-2 variation in Carolina, the Colts brought in old time coordinator Larry Coyer. Coyer's last defensive coordinator job was with the Broncos, and as we have documented since rumors of his hiring surfaced, Coyer blitzed A LOT in Denver even though he ran a variation of the Tampa-2 there. After Mike Shanahan stupidly fired Coyer in 2007, he went on to be the assistant head coach at Tampa Bay, taking in Monte Kiffin's new variations on the Tampa-2, using more man coverage, more safety blitzes, and utilizing the speed he had at linebacker.

With Indy, Coyer will add his own wrinkles, but make no mistake: This is a Tampa-2 defense with Tampa-2 players. The focus is on speed, not size. Burst, not power. Attention to detail, not over game planning. Smaller, more compact players who can hit and tackle with power are valued more than players who are "big" and "strong." Yes, certain position do require a degree of height and weight. The NT needs to be near 300 pounds. The SAM linebacker needs to be probably 240-250 pounds. The safety absolutely must be able to hit like a runaway cement truck driving wild through a church on Sunday.

Coyer has players like Bob Sanders, Dwight Freeney, Robert Mathis, Antoine Bethea, and Gary Brackett to implement his tweaks. But, he also has Kelvin Hayden, Marlon Jackson, and a young crop of hard-hitting DBs that could thrive if he deploys a base 4-2-5 defense. This defense could also utilize Melvin Bullitt more, as Bullitt really seemed to have breakout year in 2008 replacing Bob for so many games. 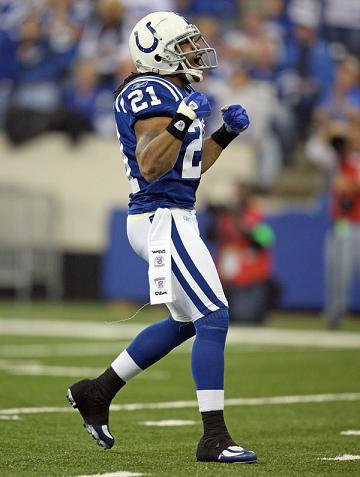 How will Larry Coyer utilize Bob Sanders in 2009?

Regardless of what Coyer implement, the front line of the Colts defense is in desperate need of shoring up. Indy has re-signed Daniel Muir, and they will likely re-sign have Antonio "Mookie" Johnson signed to a two year deal (tip to GoHorse88 in the comments). Both provide excellent depth at NT. But Indy needs a full time starter at NT, and the draft or rookie free agency are the only places they will likely get it.

If Coyer gets more front line help, we might just see some interesting tweaks as a new chapter in the Tampa-2 bible is written in Indy.