Even though NBC is now his home, Patriots apologist Tom Curran is still a complete idiot

Share All sharing options for: Even though NBC is now his home, Patriots apologist Tom Curran is still a complete idiot

There's no love loss here for Tom Curran. The man is a complete tool. To call him a journalist insults the medium. To call him a writer slaps real writers in the face. For me, Tom Curran is no different from Jaguars.com's Vic Ketchman. The only difference is Ketchman is at least honest about the fact that he is a paid cheerleader for his favorite team: The Jacksonville Jaguars. Curran isn't so honest. He has succeeded in conning the peacock into thinking he is some kind of knowledgeable expert on football. In reality, he is nothing more than a Patriots waterboy.

I've written about Curran at length here. Making fun of his silly little video podcasts was always a treat. My favorite was the one where he said the Colts "lucked" into their Super Bowl win in 2006, and that then-Colts coach Tony Dungy questioned the integrity of football by resting starters to finish Week 17 of the 2007 season. He then went on to praise Bill Belichick. You know, the same Bill Belichick who was caught and penalized for cheating that same year.

Yep, Tom just about defines the clueless buffoonery that infects the traditional media.

Almost none of the players New England has jettisoned since the Belichick regime started in 2000 have had a greater impact elsewhere.

Defensive lineman Greg Spires – released in 2000 by the Patriots and a starter for the 2002 Bucs Super Bowl team – is the lone player to go on to bigger and better things. The jury remains out on corner Asante Samuel who signed for big money with the Eagles after 2007.

Shards of New England's dynasty have scattered around the league in this offseason like no other during the Belichick Era.

It's easy for me to dismiss a Patriots fan who lives in his or her fantasy world; a world where people have magically forgotten that their three Super bowl wins are tainted; that their coach cheated to win games and their captain on defense took HGH just prior to the 2003 and 2004 playoffs. However, I can't simply ignore or dismiss the rare imbecile that is Tom Curran. I guess there is a part of me that enjoys taking babbling fools like him and bashing them into utter submission, and then making fun of the dumb corporate entity (NBC) he is robbing with his salary (haha, suckers!).

Quick info blitz for you, Tom. Adam Vinatieri left the Patriots and signed with the Colts in 2006. Since that signing:

Head-to-Head Match-up Between The Teams Since Vinatieri Signed With Indy: Colts 3, Patriots 1

So, knowing this (as pretty much every other living, breathing football fan on the planet knows), it is pretty safe to say that Adam Vinatieri has indeed gone on to have a great impact somewhere outside Chowda Land. Without Vinatieri's clutch kicking, the Colts do not beat the Ravens in the Divisional Round of the 2006 Playoffs. He scored all of Indy's points in that game (15), and made the game-icing kick that sealed the playoff win. Without Vinatieri last season, Indy does not beat the Vikings, Chargers, or Tom's favorite team: The Patriots. All those games were won on clutch Vinatieri kicks. One was a 52 yarder. It was against the Patriots. It likely cost New England a playoff spot for 2008. I'd say kicking the PAtriots out of the playoff is doing something "great." Wouldn't you, Tom?

So, assuming all this, Tom either made an error including Vinatieri on his list of "failed to be relevant post-Belichick" (and if he did just make an error, I guess I should apologize to Tom, but it would make me feel dirty), or Tom is just living up to his reputation as a mindless prick who is so deluded by his man-love for the hooded, hobo coach in New England that he cannot process the fact that Adam Vinatieri has done just fine without Bill Belichick and his Patriots Way, thank you very friggin' much.

I personally don't know why NBC employs this douchebag. Since when do we football fans want to read stories cheerleading the friggin' Patriots? If I wanted to read inaccurate stories and opinions that licked the toes of Bob Kraft and his minions in Foxborough, I'd type www.patriots.com and read their message board. Heck, if NBC is worried about saving money during this economic crisis, one option they could explore is jettisoning Curran and replacing him with message board user PaTsWiLlOwNYoU1237. Same quality of work, and the message board guy will likely do the gig for free!

The least Tom could do is make it more difficult for me to make fun of him by trying to appear unbiased and (at least) somewhat knowledge about the great sport of football. But no. It's still the same old Tom Curran, Patriots cheerleader, sans the pom-poms. 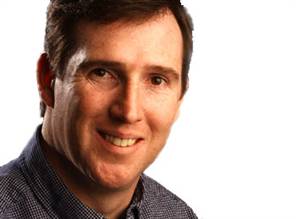