Share All sharing options for: A few non-football news bits 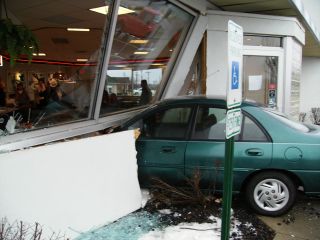 Ya gotta love people from Indiana.  They show their distaste for something in such a direct manner.  Take, for instance, the driver above.  Having grown tired of the food and/or service at a Steak and Shake in Goshen, he decides to show his displeasure by creating his own drive thru.  Kind of like Bobzilla taking a bead on an unwary receiver, the driver was determined to make his point known.  Of course, it couldn't have happened on a Thursday; Bob rests on Thursdays.

However, I can't see how crashing into a Steak and Shake would be more fun than this: 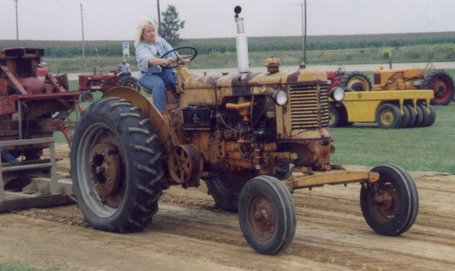 Yep, that's a good old tractor pulling contest in Northern Indiana, antique tractor and all.  What does this have to do with football?  Very little, but I thought it was dang funny.