The Jaguars add glitter to their helmets

Share All sharing options for: The Jaguars add glitter to their helmets

Nothing against the Jacksonville Jaguars (though, I'm sure some silly Jags fan will take this as yet another rip by BBS on the team), but they have one of the worst uniforms in football. Teal and yellow do not make you look "tough" or "cool." I don't care what combination you put them in. They make you look like a bottle of Aqua Velva, not an intimidating football player. 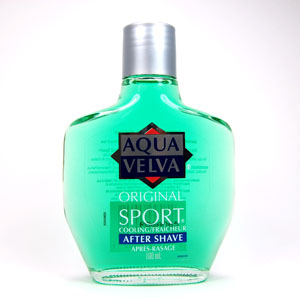 So, when I heard yesterday that the Jags were unveiling their new uniforms and logo, I thought FINALLY! For a team that prides itself on being "tough," those old uniforms sure didn't help them convey that "toughness."

Well, turns out that the powers that be in Spotted Kitty Land are still married to the teal. Most of the yellow is gone from the uniform scheme, replaced by... sorry, I had to pause because I am seriously not making this up... replaced by glitter [emphasis mine]:

The two most interesting elements of this:

The primary black on the helmets now includes flecks of silver.

"First time ever for any NFL helmet, bar none, we're adding an optical element to the helmet that is in the form of a chromatic pigment that gives it its light glitter and mirror-like effect," said Rick Salomone of JDSU, the company that made it work. "This is something that was born out of the automotive industry when designers and color engineers were working on it.

"And the challenge for us wasn't could we create that look but how do we shape these little micron-size flakes in such a way that it would stand the durability and the impact over and over again in a long grueling season? Through our partners at Riddell, Schutt Sports and Athletic Decals, we've been able to introduce this product called SpectroFlare, bright silver, into the helmet, the facemask and the ink in the decal. So it's a striking new effect."

And the non-white uniform jerseys and pants won't draw heat in the same way they have previously.

From a functional standpoint, the uniforms weigh less and do not absorb as much of the hot Florida sun. So, in that regard, they are a good step in the right direction. 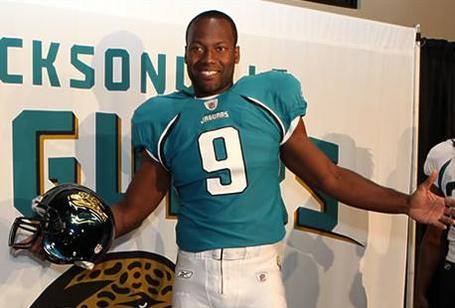 What? No pimp hat, David?

The glitter (and yes, it's glitter; that's what "flakes of silver" look like) on the helmets is pretty silly, and the insistence on teal as a trademark team color still makes me question the sanity of Jags owner Wayne Weaver. Then again, Weaver's sanity has always been in question ever since he hired Jack Del Rio to run his football team.

You can check out the uniform unveiling pic gallery here.