Personally, I think that the ESPN Fantasy Football Preview Magazine is a well edited and in depth magazine, but somethings in it are just too funny to pass up.  I think that the writers may know that what they are writing is just insane, but they need to fill up a magazine where they have to analyze the fantasy potential of backup QBs and running backs who will never see the field.  Almost everything in the magazine is hilarious, and some of it is Colts-related.  Let's look at some of the funnier parts of the player rankings.

It's like I always say.  Manning is good, but he misses too many games to become great.  All of his missed time really hurts his fantasy stock.  This was what made me buy the magazine.  I knew that more hilarity was in store.

#12 QB Jay Cutler (Falling Off)
"He's got one of the NFL's premier cannons and enough cockiness to believe he can make any throw, at any time.  Alas, his shot at fantasy glory vaporized when he forced his way out of Denver and into Chicago.  He could have had Josh McDaniels"

Oh boy.  I'm sure after the terrible draft and horrible mismanagement he would have been thrilled to play for Josh McDaniels.  McDaniels has already ruined the franchise.  Cutler gets to play with Matt Forte in his backfield and for Lovie Smith.  He made the right decision by asking to be traded.

"Yes, he entered the NFL as a flawed signalcaller with maturity questions.  Yes, he's acted like a jerk around his team."

"But he's just 26, and his biggest problem might just be the team that drafted him."

Unless this is a keeper league, it doesn't really matter.

[Editor's Note: For more for Colt Homer's hilarious beatdown of ESPN's Fantasy Football Preview Magazine, continue after the jump. I placed it there to conserve space on the front page. --bbs]

"Jeff Fisher just isn't an outside-the-box kind of guy.  Young will probably never be a great pocket passer, but as a shotgun-based run/pass threat who can crack open defenses if the pedal is always to the metal, Young could be a superstar.  A trade out of Tennessee could hike VY's value big-time."

This makes no sense.  Number one, Young's contract is ridiculous and practically untradable.  Number two, what team doesn't have a QB they are confident in right now?  Maybe San Francisco, but they aren't a spread offense.  The chance of Young getting traded is about .00001%.

Yes, a third string QB is a sleeper.  They are really just looking for something to write about for the number 50 ranked quarterback.

#56 QB Jim Sorgi
"We're trying to imagine how many interceptions Peyton Manning would have to throw in a row for the Colts to yank him in favor of Sorgi.  Ten?  Twenty?  Thirty?  Tell you what: We'll let you know if the count ever reaches five just to be safe.  Until then, feel free to hit the snooze button on the guy."

That made so little sense it just blew my mind.  I don't understand the part about the count reaching five.  Why is that safe?  If Peyton throws five interceptions in the row I'll be too distracted by my rage to realize they've pulled him, let alone thirty.  I'm so confused by this.

#24 RB Joseph Addai (Falling Off)
"Look out below: Addai has seen his YPC plummet in the past two seasons, a trend that closely corresponds with the decline of the Colts offensive line (anchors Jeff Saturday and Ryan Diem both played hobbled and looked slower in 2008).  By year's end, he found himself in a straight platoon with Dominic Rhodes, and given that the Colts just drafted Donald Brown in the first round, Addai's days as a full-time back are almost certainly over.  Maybe if he regains his Midas touch for TDs, he'll prove to be a steal.  Otherwise, he's looking like fool's gold."

I agree for some parts, but others are just weird or plain hilarious.

1. Ryan Diem is an anchor?  Really?  I'd say that there is one anchor on the line, and that is the great Jeff Saturday.  Diem also was the only offensive lineman to play 16 games for the team, but I guess he was hobbled while doing it?

2. Addai's only year as a full-time back was in 2007 when Kenton Keith was the backup.  He has never been a full-time running back in his life besides that one year.

3. His Midas touch?  Did they get advertising money for that?  If they did, I am open with using corporate slogans in my blog posts for some extra money.  Have it your way.

4. Fool's gold?  No one will pick him up early after last year, unless you are saying drafting him would be foolish.  In that case, why would he be the #24 running back? 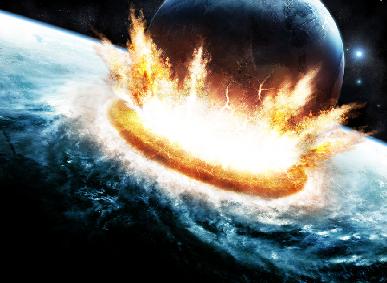 #39 RB Donald Brown (Sleeper)
"Meet the guy who figures to be the thorn in the side of Joseph Addai owners.  Funnily enough, Brown looks a lot like Addai, with his all-around skill set, though he probably has slightly better speed and isn't quite as good in short yardage.  Addai struggles to stay healthy, which makes Brown one of the league's most valuable handcuffs."

I agree for the most part, except Brown is much more of a workload back, which may be the worst part for Addai if Addai plans on being the number one back.  Also, I don't understand the handcuffs comment.  That makes no sense.  Does he handcuff Addai because he will be great for Addai's career, maybe not for fantasy.  Handcuff seems like the wrong word though.

If Simpson is the number three back for the Colts it means that Mike Hart and Lance Ball either killed someone and are in jail or pulled a Quinn Pitcock.  Either way, I doubt that will happen, and there is no way Simpson passes up either of them.

#7 Reggie Wayne
"It seems odd that the moment Marvin Harrison finally fell off the fantasy map, Wayne failed to step in and take advantage."

This guy has apparently wiped the 2007 season from his memory.  Marvin Harrison didn't even play a majority of that year, and Wayne had 1510 yards and 10 touchdowns.  Last year, Marvin played and Wayne only had 1145 yards and 6 touchdowns.  That means that Wayne should be a sleeper or riser or something.

#29 Anthony Gonzalez
"Ask us to define "sure-handed", and we'll show you a picture of Gonzalez.  In 2008, he caught an astounding 72.2% of the passes thrown his way, third behind Wes Welker and Ike Hilliard among receivers with 75+ targets."

Ha.  Shake had that up on Stampede Blue before this magazine came out.  SB Nation should be the place for player info, not ESPN.  Damn mainstream media.

"Maybe fantasy owners were disappointed that Gonzo basically put up the same numbers in 2008 as he did in '07."

Actually, he had 88 more yards and one more touchdown, which is 14 fantasy points.  That's a good improvement if you ask me.

"But now that Marvin Harrison is officially gone (as opposed to last year, when it was only his legs that had departed), we think Gonzalez will jump out of the slot and split wide more often."

In 2007, Marvin was also gone.  How quick we forget.  Of course, at ESPN Marvin Harrison is pictured as a man who shoots Salvation Army workers and puppies, so they don't know much about him anyways.

"Reggie Wayne will be the best receiver in Indy, but Gonzalez will now define "picture-perfect complement."

He's still awesome.  He's my favorite Colt ever no matter how many concussions he has had.  Who haven't they named yet?

#118 WR Marvin Harrison (Falling Off)
"A year after missing 11 games due to knee troubles, Marvelous Marvin scored 5 TDs but failed to eclipse 100 yards in any single game.  The Colts cut him and, sadly, interest in him as a free agent has been minimal."

I sense a lot of sarcasm in that.  And apparently they do know that Marvin has been hurt before, but apparently it didn't affect the team in 2007 at all.

So let me get this straight.  Garcon will have a worse fantasy year than Matt Jones, Brandon Stokely, Marvin Harrison (who they predict to not play a game) and teamless DJ Hackett.  Okay.

Clearly they forgot about any Colts receivers after Gonzalez and listed them back-to-back.  That's what I do when I forget a pair in a mock draft.

#129 WR Roy Hall
"The Colts carried Hall on their active roster all through 2008 despite the knee injury he suffered in Week 1, so it's possible they view him as a candidate for the number 3 job."

I'm sorry, but the only number three job he will win will be in the UFL.  He's too injury prone to beat out Polian favorite Garcon and sleeper according to you Collie.  Whatever I guess.

Oddly enough, Clark is rising but will have worse stats than last year.  I'm not sure how he is rising if that is the case.

#63 TE Gijon Robinson
"The Colts have a mess of players behind Dallas Clark, and we presume at least one from the group of Robinson, Jacob Tamme and Tom Santi will be off the roster come Week 1."

That's a wrong presumption.  They didn't draft Tamme and Santi to cut one after one season, and I doubt they cut a starter either.

#69 TE Jacob Tamme
"Answer: Tamme, Gijon Robinson and Tom Santi.  Question: Name this bevy of Colts TEs who will likely admire Dallas Clark from the sideline for another season."

25 kickers better than Vinny?  Doubt it.  They say he will hit only 68% of his field goals after hitting 80% last year.  That is ridiculous.

With Freeney and Mathis actually having big defensive tackles and the return of Rushing and Jackson, I bet the Colts defense and special teams is a pleasant surprise.  They will end up in the top 10 of fantasy DSTs.

So that's the highlight of the ESPN Fantasy Football Magazine.  Combined with little knowledge, bad fact-checking and comedy, it makes for a good topic on a blog.  Bad journalism at its finest.