Luke Links: The ESPN Gets a Little Testy Edition

Share All sharing options for: Luke Links: The ESPN Gets a Little Testy Edition

As you likely have noticed here of late, I've been a bit aggressive in bashing other media colleagues for how they are covering our beloved sport of football. It feels weird referring to people like KC Joyner or writers at ESPN as "colleagues," but I guess that is the level I and my fellow SB Nation bloggers work at now. If you read this article on Dan Shanoff's blog (Dan also writes "The Daily Quickie" at ESPN.com), it sort of puts into context what we (as SB Nation bloggers) do and how the more established, traditional media views us:

Local newspapers' sports power was already under erosion on other fronts, besides ESPN: SB Nation has put together the best collection of team-based blogs found online, across every sport, in every market, with coverage that -- yes -- complements local news, but also goes a long way to displace it. Its distribution deal with Yahoo -- itself a traffic firehose -- amplified that power exponentially.

These are kind (and accurate) words from Shanoff as we enter this new world of people-powered Internet content that is not filtered the way newspapers and other traditional media filtered it before. 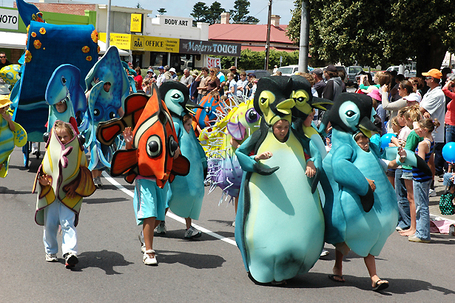