Share All sharing options for: Estimating the rookie contracts-Jerraud Powers

The wave of Colts draft pick signings has begun, but the first contract details have yet to be released. What kind of cash will the rookies be pulling down and what kind of cap situation will the Colts enter camp in?

The NFL released it's rookie pool limits on each team (a cap within a cap, the cap charge of all a teams signings must fit below the number assigned by the league based on the number, round and slotting of their picks). The Colts come in at just over 4million ($4,079,726) the 22nd largest allotment in the league. According to Coltscap.net (via Kuharsky) the max the rookies will count against the cap is 1.6mil).

The Colts have 7.5 million in cap space according to ESPN and 7.9 million according to Coltscap.net. Leaving them with a sizable cushion of cap space even if they were to use the entire rookie pool allotment.

After the jump I'll use previous years deals and earlier 09 pick contracts to estimate what the rookies will be getting.

Starting with the first signing, Jerraud Powers in the 3rd round (#92 overall) 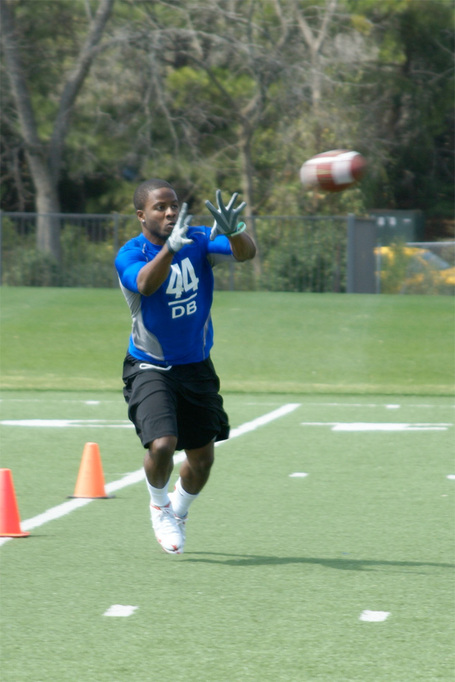 Last years 3rd round pick (#93 overall) Philip Wheeler recieved a 4 year, 2.39million dollar contract. The bonus/year by year breakdown shows it to be league minimum salarys with a significant signing bonus (685K for Wheeler). Powers will get a slight bump from his slot and a decent sized one from the yearly increases in player salary.

This seems to give a pretty tight window for Powers contract to likely fit 2.42-2.43 million with a ~675K signing bonus and maybe some incentives, but the Colts have tended to structure rookie deals a bit differently than the Panthers and Seahawks did for their 3rd round picks, with bare bones salary's but larger than usual bonus. So Powers' contract will probably fit in alongside those of the players picked around in total value, but is likely to have a higher bonus spreading the cap hit more evenly accross the life of the deal.