Moving backwards from the first installment to the two fourth round picks, Austin Collie (#127 overall) and Terrence Taylor (#136 overall)

Recapping, the Colts have been allotted just over 4mil for signing rookes of 7.5 to 8 million in cap room. They are unlikely to need very much of that space to sign the rookies. The biggest reason being that every rookie signed bumps a minimum salary player out of the top 51 of the roster, meaning that 310K comes off the cap at the same time as the signed rookie's hit goes on.

To the fourth rounders, 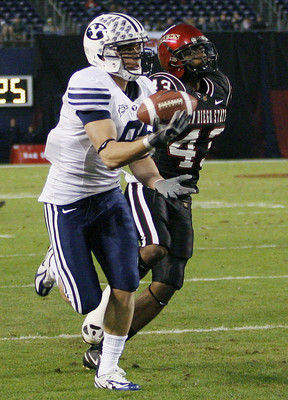 Last years' 4th rounder Jacob Tamme's (also #127 overall) contract details are only partially out there. He signed for 4 years and Coltscap has his 2009 cap charge (which allows for finding his signing bonus of 442K), but not a total cash number.

The picks directly before and after Collie remain unsigned, but Lawrence Sidbury (#125) and Andre Brown (#129)provide brackets 2 away from Collie in both directions. Sidbury signed with the Falcons for 4 years, worth 2.91mil, 441K of it signing bonus. Brown was inked by the Giants for 2.18mil over 4 years with 433K in bonus. Sidbury's agent seems to have done a very good job finding Sidbury 600K more than two earlier picks got in their four year contracts. Rich Ohrnberger (2.20mil) and Anthony Hill (2.21mil). Collies' deal will probably slot in with the earlier contracts rather than the outlier, Sidbury.

Like the Powers deal, contract total should slot in between the surronding players, but Collie will likely be getting a larger than usual chunk of real cash upfront, spreading the cap cash out more evenly across the deal. 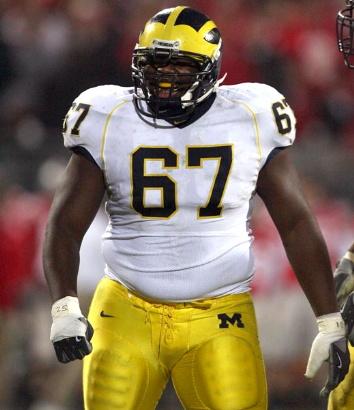 All four of the players around Taylor are signed, 3 of them to 4 year deals, giving pretty solid slotting for Taylor's deal. Troy Kropog and Gartrell Johnson, the two picks before Taylor both signed for 2.15mil contracts with 400k signing bonii. On the other side of Terrence Taylor, Jason Phillps signed a 3 year deal and William Middleton signed for 4 years, 1.96mil, with a 206K signing bonus. Why the big drop? Both the pre-Taylor picks and post-Taylor picks match up pretty well with the picks near them. The drop seems to show there is a significant difference (more than just a normal pick or two drop) between the end of the 4th round and the start of the 5th. Taylor was the final pick of the 4th round so should fit more in with the 4th rounders.