Where are HOF players drafted?

Share All sharing options for: Where are HOF players drafted?

The relationship between draft position and both Pro Bowl selections and years as a starter wasn't enough to convince a Mocking the Draft commenter that scouts and front offices are at all accurate in finding the best players, and that draft position does relate to a players career success. The commenter wanted only HOF data. The results from the 77 HOF inductees that have been drafted since 1967 (when the AFL and NFL began holding a common draft as the first step of their merger)?

What you'd expect. HOFers are overwhelmingly from early in the draft. As many #1 overall picks made the HOF as players from outside the top 100 (9). That is made even more impressive by considering the size of each group of candidates, 24 HOF eligible #1 overall picks vs several thousand players not taken in the top 100 (not to mention the countless undrafted players, who account for 4 of the 9 players not taken in the top 100). 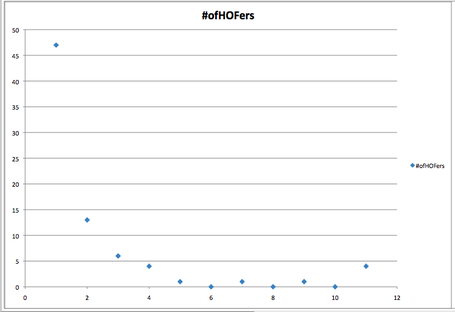 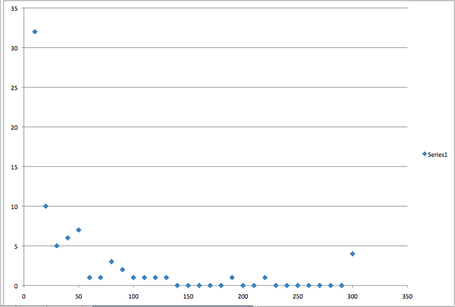 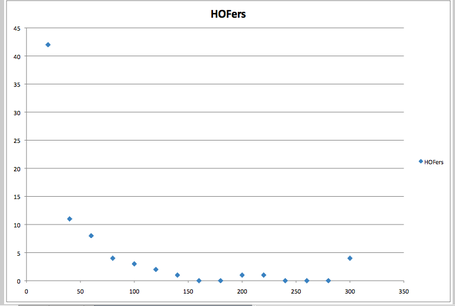 No matter how you slice it, NFL personnel men generally pick the good players earlier.