Finishing off the draft picks with the big name. Donald Brown. 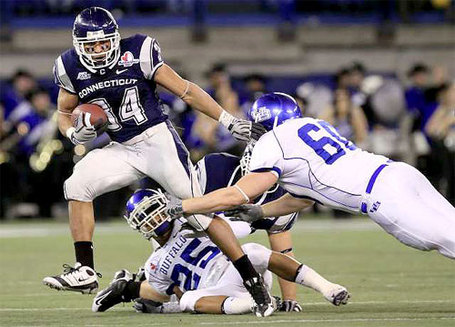 On either side of Brown the picks are signed, but the terms have been only partically released. Clay Matthews (#26 overall) signed for 5 years, 10 million total, with another 3.275million available in incentives. The pick after Brown, Eric Wood (#28 overall) signed for 5 years, 13 million total. Neither have info on signing bonus/guarantee money public.

5 years 13.1 million slots in very well, but what about the bonus?

Last year's #27 pick, Antoine Cason, signed for 5 years 12.03million with a 6.3 million signing bonus. A back drafted near the same slot last year, Chris Johnson (#24 overall), got 5 years, 12 million with 7 million in guarantees.