There was a lot of talk by the opponent this week leading up to the game. Some of that talk bordered on the line between being confident and disrespecting the other team. There was also big media, who were clearly rooting for the Jets in the hopes of having someone they like (Rex Ryan) chew the fat with them on media day. And then there was the NY Jets Pro Shop offering pre-sale deals on "Jets AFC Champs" gear, featuring the stuff prominently on the frontpage of the site.

In the end, the play on the field did all the talking, and that play took the form of the Colts giving the Jets and their supporters the back hand across their collective faces using their Super Bowl ring hand.

"It's great to win this championship here at home in front of the best fans in the world. We have a bunch of guys that have worked hard all season and been very humble. We were very humble this week.

"We just kept our mouth shut this and went to work this week and came out and won the game."

All season long, this team has answered the call time and time again, proving critics and skeptics wrong. It started in training camp, where folks like me questioned the decision to bench Tony Ugoh in favor of Charlie Johnson. The result was Peyton Manning being sacked fewer than any other starting QB in the league. Then, there was the fallout after the decision to bench starters in Week Sixteen against these same NY Jets. The decision was greeted with boos from the fans and the Colts themselves (namely, Bill Polian) reacted by lashing out and providing illogical excuses that neither the fans nor the players saw as credible.

However, after watching the Colts absolutely dominate the AFC Divisional and AFC Championship rounds, especially on defense, the question on whether to rest starters has now been forever answered. Both teams in the Super Bowl sat their starters in Week Seventeen. The teams who played through to the end of the regular season (the Ravens, Jets, and Cowboys) are all at home, pondering next season. With the Saints and Colts facing each other in Super Bowl 44, we have all learned the following:

Health is paramount over anything else.

We also learned that when you have a player like Peyton Manning, a guy who likely will go down as the best of all time, it doesn't matter what is written about, spoken behind the scenes, or shouted in a loud stadium. In the AFCCG, it's all about execution, execution, and execution. It's about making plays at the right place, right time. It's about all the silly cliches we sometimes laugh at because they've simply grown stale on us, but the reality is that being healthy and focused in the playoffs gives you the best chance to get to that February game over the teams that talk big, puff out the chests, and scream about the importance of momentum. 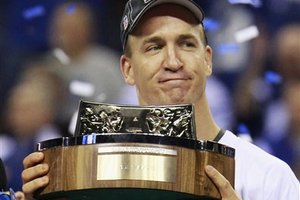 Let's just state this simply and clearly: The decision to rest starters was the correct decision.

Yes, I wanted the team to go for a 16-0 regular season. Many of you did too. However, we also knew and understood that keeping players healthy was vital. In 2007 and 2008, we saw key injuries destroy the Colts chances of getting back to a Super Bowl. Still, we fans rightly thought that if the Colts could win and rest key starters and injured players (which they did during the Jaguars game and for roughly three quarters of the Week Sixteen Jets game) that a 16-0 regular season and a 3-0 playoff run would be the kind of thing that would propel the franchise into the pantheon of "best all-time."

Unfortunately, the Colts brass did not see it that way, and they handled the situation poorly. They reacted negatively to fans those fans expressed their opinions. Management did not convey their true intentions clearly or honestly with the fans, media, or even the players. Things got so bad Peyton Manning himself had to make a plea to fans as well as hold a players only meeting to deal with the fallout of Week Sixteen.

Now, it is late January. The Colts are going back to the Super Bowl for the second time in four years. They've done so in dominate fashion, destroying the Ravens and Jets with great defense, hustle, and the leadership. Lesser teams, and lesser players, would have folded under the distraction of "Benchgate," which ended up being moot because playing starters in the snowstorm in Buffalo the next week was certainly not an option. 16-0 just was not meant to be. However, despite the unnecessary distraction, the Colts players did not fold. This group of players dealt with the situation professionally, focused on the goal, and are now at the big dance with a chance to win another championship.

As a fan, how could you not be proud? 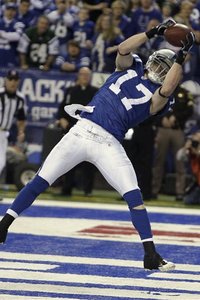 How can you not be proud of Melvin Bullitt? The kid went undrafted in 2007 only to be picked up by the Colts and used mostly on special teams his first season. Yesterday, he started at strong safety, and made some key tackles by laying the wood on Jets running backs. Bullitt has excelled while replacing the injured Bob Sanders at strong safety, playing a brand of physical defense that makes opponents think twice about running routes over the middle.

How could you not be proud of Antonio Johnson and Daniel Muir? Remember the horror show at DT last season? Remember watching Darren Sproles run up and down, backwards and sideways over this crew in the AFC Wild Card round in 2008? Against the Ravens and Jets, two of the best rushing teams in all of football, the Colts held both clubs under 100 yards. No running back in the AFC playoffs scored a TD on the Colts. How many times did we see the Jets try and cram the football down the Colts throat only to be met by a wall of blue shirts? 86 rushing yards on 29 carries, at 3.0 a carry. That's outstanding!

How could you not be proud of Peyton Manning? I mean seriously, the dude just broke a playoff record by throwing his seventh 300 yard game in the playoffs. The Jets had the #1 ranked defense in all of football! It could pressure the Flash if he dropped back to throw a pass. It could make Jack Bauer sweat. It could make the Boogie Man run and hide in his closet. Hell, if you read the press clippings, it was so good it could probably make Chuck Norris flinch. But Peyton? Well, all he did was carve the Jets up like a meaty sirloin, completing nearly 67% of his passes for 377 yards and 3 TDs, no turnovers.

If Colts quarterback Peyton Manning has an Achilles’ heel, it’s the 3-4 defense. He doesn’t like all the disguises that go with the blitzes, even though Manning is historically really good against the blitz.

I'm still amazing Yahoo! Sports pays that guy. Updated, Peyton Manning has thrown for 3,983 yards, 31 touchdowns, and 12 INTs against 3-4 defenses. His teams are also 13-1 the last two years playing against them, including destroying two of the better 3-4s during this playoff run.

There are so many great plays and players in this AFCCG that I could write a 30 page recap and still leave something out. For now, I'll simply state that, like many of you, I'm dizzy with joy. This was a dominant performance by a dominant football team, and it has been amazing to see these players time and time again overcome obstacle after obstacle as they scratched, bit, and brawled their way to Miami. This is what it means to be a sorts fan. This is what it is all about.