Did anybody else see in the Yahoo NFL Sports section that AP photos were posted along with captions stating that Peyton Manning had been named MVP? This was on Yahoo's NFL page around 5 am EST Saturday morning. It's still there as of right now. It could be that somebody at Yahoo mistakenly posted the photos, since I thought the MVP announcement was embargoed until Sunday. Congrats to Peyton on his fourth MVP, if this in fact turns out to be true! Go Colts! 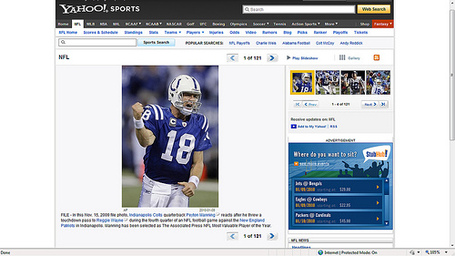 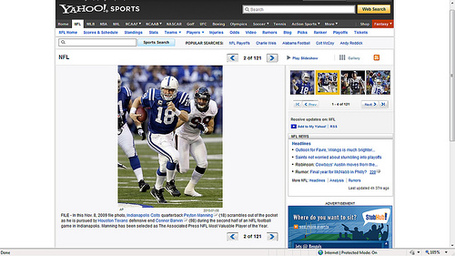 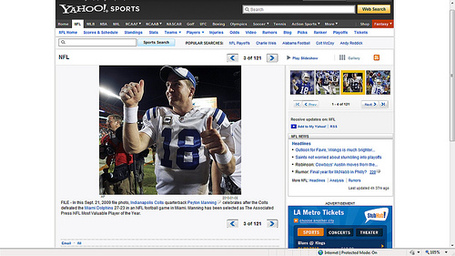 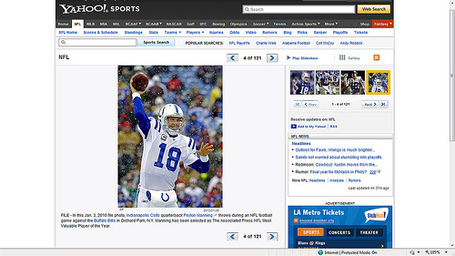