Sadly, there is no football today

Share All sharing options for: Sadly, there is no football today

It's the first Sunday after the Super Bowl. This means that, for the first time since very early September of last year, there is no football today. 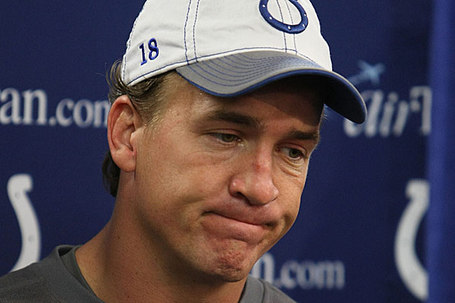 I know. It's tough. We have, roughly, seven months before they start playing football games that matter again. However, the positive is we have the NFL Combine in two weeks, the NFL Draft in two-and-a-half months, and Training Camp opens in five months. So really, when you think about it, it's all not too terribly far off.

In the meantime, today is Valentine's Day. Likely, your spouse or partner has had to deal with you all season long. They had to listen to your screams when the Patriots were stuffed on 4th and 2, and they had to hear your angry rants after Week Sixteen. They hugged you when the Colts came back to beat the Jets in the AFCCG, and they stayed far away from you after the Saints came back from down 10 to win Super Bowl 44.

Least you could do today is buy them flowers, take them out to dinner, and tell them thank you.

For you people who are REALLY going through football withdrawal, here are the Top 10 plays of the 2009 playoffs.