For the past week, Joel Thorman and I have lived at the NFL Media Center in Fort Lauderdale, FL. We've been two little fish in a sea of newspaper, radio, television, and online media whales and sharks. We've worked 20 feet from ESPN Radio personalities pontificating on their radio shows. We've worked within arms reach of Paul Kuharsky, Bob Kravitz, Gregg Doyel, and Mike Florio. The experience, or the adventure (what you will) has been inspiring.

Today is our last day here. Already, the NFL Network set is getting broken down. No Deion. No Rich. No Marshall. They're all out at Sun Life-Landshark-Pro Player-Joe Robbie-Dolphins Stadium getting ready for the game.

So, before everything was broken apart and taken down, I took some last minute pictures. You can view them as well as many of the pictures I took earlier this week, after the jump. 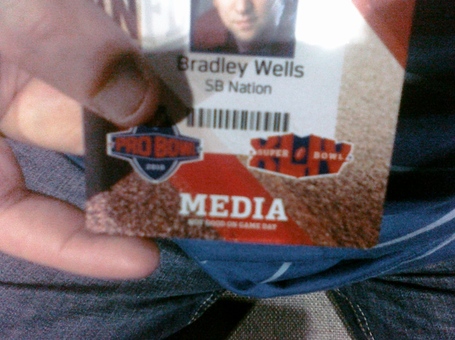 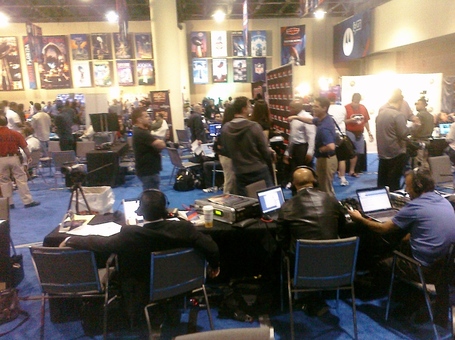 Radio Row, where all the radio and TV media camp out 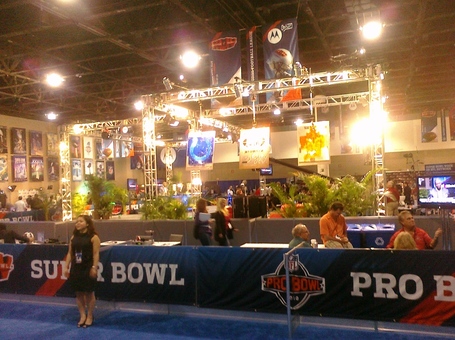 NFL Network set in the middle of radio row 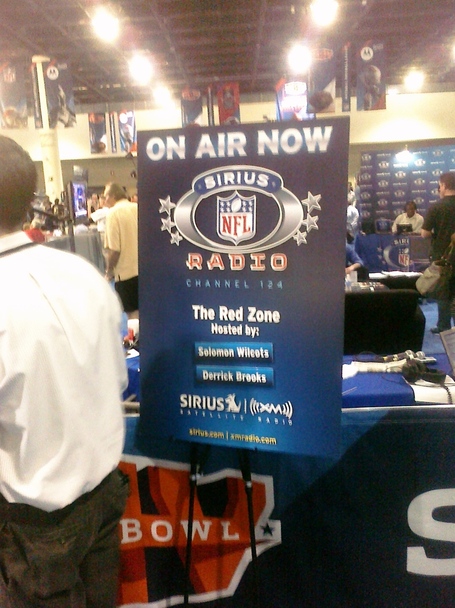 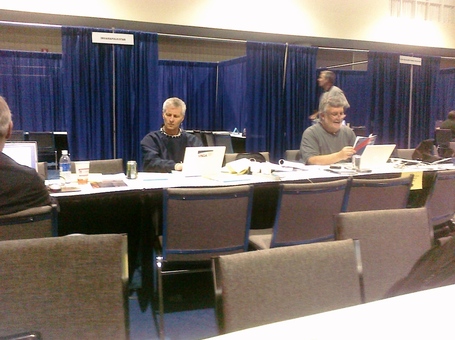 Mike Chappell of the Indy Star on the right 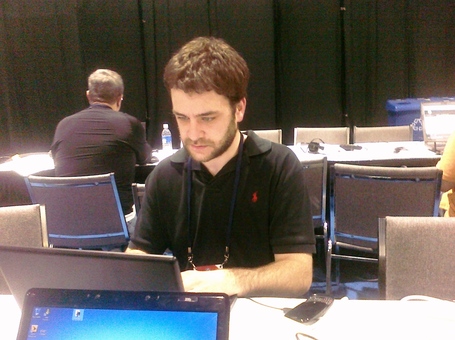 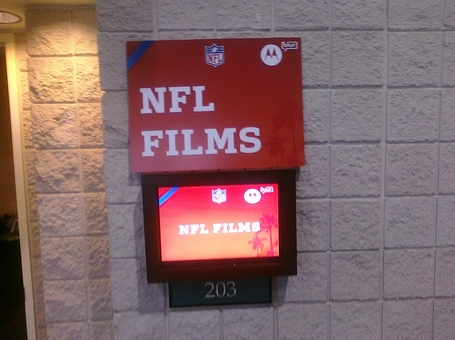 Sabol was not inside 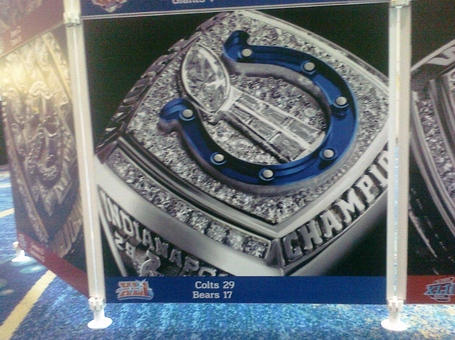 From a display in the main entrance 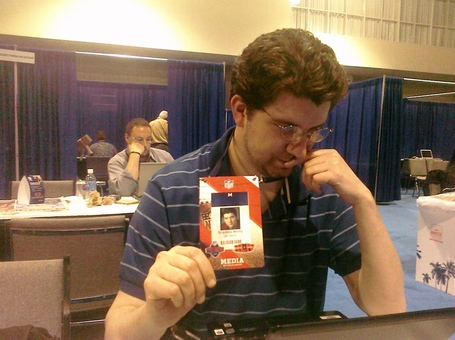 Me, with my creds 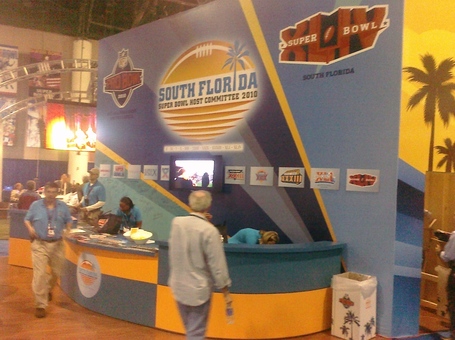 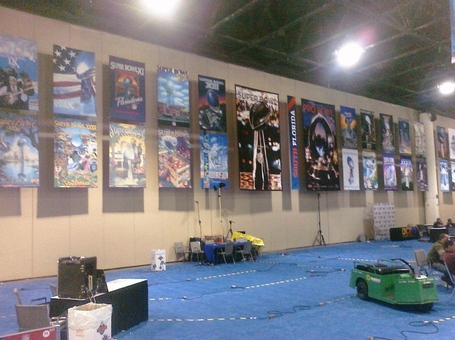 Posters from all the previous Super Bowls 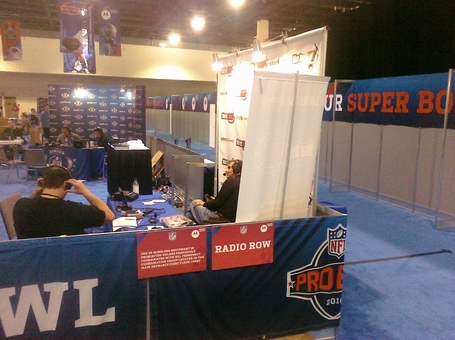 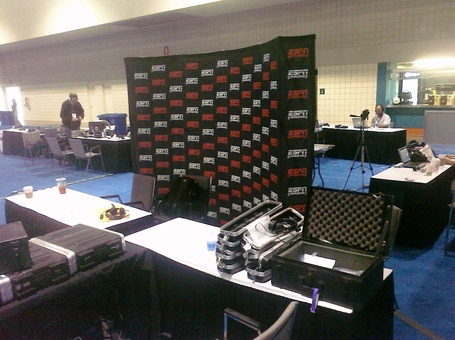 I guess ESPN took the day off 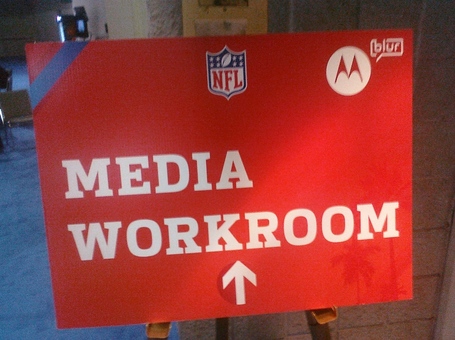 Where I've practically lived these past five days 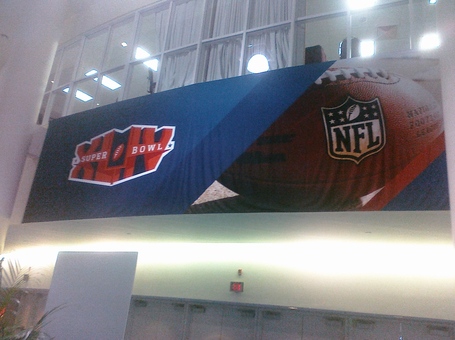 The banner hanging over the Media Center entrance