Share All sharing options for: Mr. Garçon goes to Washington 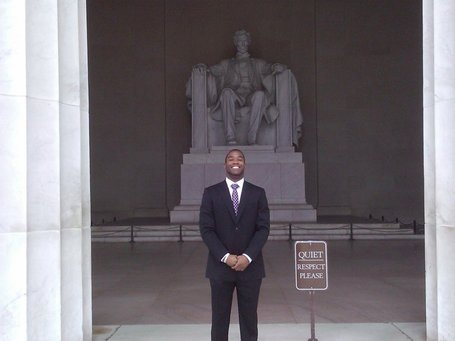 The 2009 season was a coming out party for young Colts wide receiver Pierre Garçon.

When veteran Anthony Gonzalez went down in Week One with a knee injury, Garçon stepped right in and made the kinds of plays we fans have literally never seen before from a Colts wide receiver. The stiff arms and yards-after-catch plays Garçon made in 2009 made you leap out of your chair and go "DAMN!" And while some people like to blame his dropped competition on third down as the reason the Colts lost Super Bowl 44 (it wasn't, and people who blame Garcon for the loss are silly people), Garçon might have made THE play of the entire Colts post-season two games prior to the Super Bowl when he chased down Ed Reed after a Peyton Manning INT and forced a fumble that was re-recovered by the Colts.

For a sixth round draft pick out of Division III Mount Union, Garçon has done very well for himself and the Indianapolis Colts. He is another one of those draft picks that solidifies Bill Polian's status as a genius at building great rosters.

Since the terrible earthquake that befell Haiti, the place Garcon calls his homeland, Garçon has used his status as an NFL wide receiver to raise money and bring awareness to the Haitian earthquake relief. While at the Super Bowl, reporters were often asking questions of Garçon about his Haitian heritage. In many areas of Haiti, and in Haitian neighborhoods in and around Miami, residents were very open in their rooting for Garçon and the Colts in the Super Bowl.

Since the earthquake, Garçon has worked with several radio stations to raise money for the country to rebuild. Those efforts earned the praise of President Barak Obama, who invited Pierre to Washington. Yesterday, Garçon visited the White House for an event to promote Haitian relief that featured the president of Haiti. Needless to say, the young wide receiver was a bit excited. From his Facebook page: 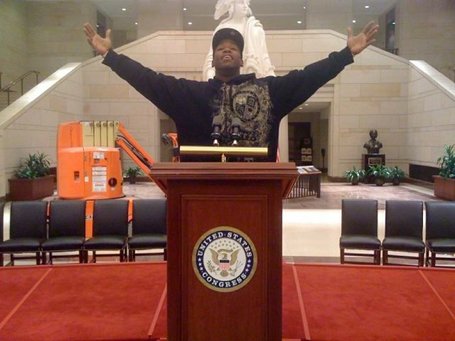 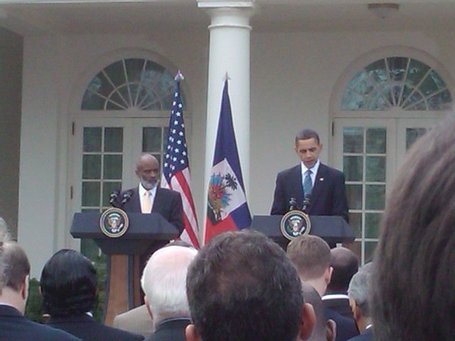 This was a tremendous year for Pierre Garçon, and it seems the Colts have one more "good guy" on a roster full of very classy, cool people. Here's to hoping Garçon's next visit to the White House is with the Super Bowl Champion Indianapolis Colts.