Robert Mathis, a football, and Beethoven the male beluga whale

Share All sharing options for: Robert Mathis, a football, and Beethoven the male beluga whale

Got an email yesterday from a PR firm asking us to promote a little trip Colts defensive end Robert Mathis took to the Georgia Aquarium. From the PR folks:

Mathis is a native of Atlanta, and seems to be doing some local work to bring some pub to the aquarium. I have no idea what stats he checked against Beethoven, but I assume Mathis can fly through the air better than a beluga whale can. 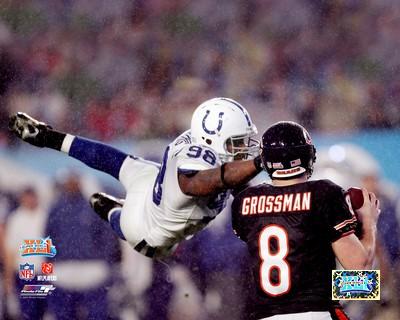 Really, this post is nothing more than an excuse to post a picture of Mathis with a whale. Enjoy.