Who The Hell Will They Draft? Slippery Noodle Bar LT, That Guy With The Plumber’s Crack

Share All sharing options for: Who The Hell Will They Draft? Slippery Noodle Bar LT, That Guy With The Plumber’s Crack 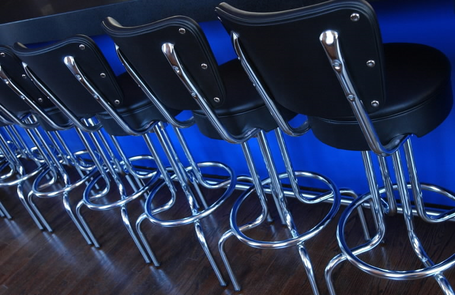 The Guy with the Plumber’s Crack has been seen at the bar for many years now and has produced like no one else in the history of bar stool activities. He has the ability to stay in one location for extended periods of time and talk the ears off of the people in the general vicinity- a definite talent if and when he reaches the NFL field. Having not missed a game in 23 consecutive seasons, longevity is not a concern. He recently broke a record of "most wings eaten in one sitting" followed quickly by "longest stay in the restroom" so he is no stranger to greatness. He is best known for being the guy to block your view from the attractive barmaid, which is a talent that could be well utilized in the pros.

At 6-4, 370 lbs and over two decades of experience, he is the prototypical LT. If he can block the barmaid, he should absolutely be able to block for Manning. He has shown his great agility over the years, changing from drinking too much alcohol to eating buffalo wings to wiping the grease on his pants all in one smooth motion. He isn’t an injury concern since he hasn’t missed a game- and has often participated in after game activities from the "Curb Vomit" event to the "Car Stumble" and has yet to sustain significant injury.

Quotes after the jump!

The Owner of the Bar has been seen saying:

"I have never seen a player of his caliber in my entire life. He has the ability to scare aware all competitors. He has the same body type as JaMarcus Russell, which means he’s perfect for playing Nose Tackle. But he has a quickness that was on display whenever anyone tried to take away his mug. Oh and the inappropriate comments! There was no where any female could hide from his inappropriate statements. His speed and range makes him a perfect left tackle and could hold down the line for years to come- just don’t expect him to move after the game."

Thoughts: Plumber’s Crack is most likely going to go undrafted, depending on his 40 time (unlike the traditional 40 yard dash, Crack will be asked to walk 40 inches). If he beats expectations, he could be a potential Raiders first round pick, or a Jaguars pick as they try and get their games un-blacked out (I hear that Plumber's Crack is an expert at blacking out- therefore he must be an expert on how to recover from blackouts every weekend). If he’s available at the end of the draft, I hope we grab him. He could be our tackle for the future!