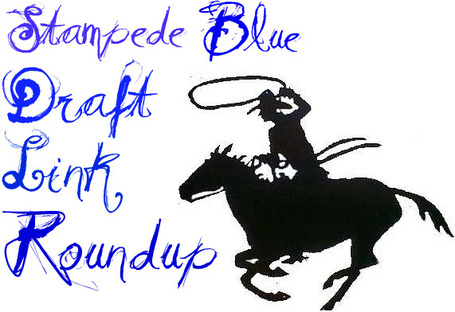 YEE-HAW!  The first day of the draft sure was exciting, wasn't it?  All kinds of trades, Tebow going in the first round ahead of Clausen, and the Colts selecting Jerry Hughes!  This special series of Luke Links, known as the Draft Link Roundup, is intended to collect as many of the stories as possible from the day's activities into one convenient story.  This draft-focused series replaces the "Outside the Stable" section with a section titled "The Posse's Perspective," which will include the stories published on Stampede Blue.

Luke Links will return to its traditional format next Tuesday.