Why the Donovan McNabb trade was so stupid

Share All sharing options for: Why the Donovan McNabb trade was so stupid

If you take the Donovan McNabb trade at face value, the message sent from the Philadelphia Eagles to their season ticket holders is that 2010 is a rebuilding year; that the Eagles are not Super bowl contenders, and any notion of them going to the Super Bowl and winning it is a pipe dream fantasy.

Now, the Eagles themselves will take issue with this, but their words on the subject offer nothing of real value. Old saying: Actions > Words. And when you trade the player your entire team is built around for a couple of draft picks... yeah, you're rebuilding. Telling me anything else implies that you think I'm stupid.

So, Eagles fans, maybe you should petition the team to get some kind of refund on your season tickets. That, or you can scalp the hell out of them to Cowboys, Giants, and (ha!) Redskins fans when they show up in Philly during the regular season. I mean, it's only fair that if the Eagles are going to rip you off that you return the favor. I highly doubt you had Kevin Kolb in mind as the unquestioned starting QB heading into the 2010 season when you forked over a grand for the right to watch the Eagles play.

What's that? McNabb was done and Andy Reid is cutting his loses before his QB fully declines?

Donovan McNabb is 33 years old. He threw 22 TDs and only 10 INTs in 2009, helping the Eagles to an 11-5 record despite some truly devastating injuries to Brian Westbrook and the offensive line late in the season. He also averaged 8 yards a completion, the highest for him since 2006. So, no offense, but if Donovan McNabb suddenly sucks now, so does Joe Flacco, Carson Palmer, and Eli Manning. Hell, Kurt Warner, who retired this past season despite the Cardinals wanting him to stay, had a 93.2 QB rating in 2009. And while people like to make note that McNabb is injury prone and takes a lot of shot because he's mobile, nobody took more shots and was more injury prone than Kurt Warner, save maybe Ben Roethlisberger. Last I checked, no one was looking to trade away those two guys last season

Well, maybe if Ben is convicted of assault the Steelers will look to trade him to Oakland, but that's a different topic.

So no, this notion that McNabb all of a sudden sucks and the Eagles cut their losses before he really declined is just a load of bird poop.

The latest excuse I've heard for why McNabb was traded is quite possibly the most laughable of the bunch. After the jump, I'll show you just how LOL it is and how, when you compare it to the Colts of 2009, it's about as pathetic an excuse as anything we've ever heard from Andy Reid, and that's saying something. Reid's now-legendary post-game mumbles about how he f*cked up the clock management for certain games sets the standard for worthless excuse making by an NFL head coach with waaaaaaay too much job security.

The latest excuse for trading McNabb is brought to us by Gregg Rosenthal of PFT. Now, I'm not bashing Gregg. He is just trying to connect the dots based on some comments made by DeSean Jackson. Here's Rosenthal, emphasis mine:

"It was time for a change," said Jackson according to the Philadelphia Daily News. "We've got some young players here. I'm just excited about everything."

Jackson's radio buddies gave him a chance to retract the words.  He didn't back down:

Were Jackson's transparent feeling a major factor in the deal? We highly doubt it.  But the Eagles wanted their young skill players to develop as one.  It looks like Jackson felt the same way, and that couldn't happen with Kevin Kolb on the bench.

Again, this is a logical assumption by Rosenthal, based on all we have seen, heard, and talked about regarding McNabb. So, this next bit is not me bashing Gregg's conclusion. It is me bashing the Eagles if this is, indeed, their reasoning for trading McNabb:

What a bunch of f*cking morons.

Flashback with me, if you will. Look at the start of the 2009 season for the Indianapolis Colts. Gone was Marvin Harrison. Anthony Gonzalez went down in a heap in Week One. Running game getting rebuilt. Offensive line in a state of change.

Yet, despite all the new, young players on the roster at the skill positions, like Donald Brown, Austin Collie, and Pierre Garcon, the Colts managed to chug along as they always do, winning 14 straight games to start the season, and playing in Super Bowl 44. Developing players like Garcon and Collie was a key force in propelling Indy to Miami in February.

And having an active hand in that development was Colts quarterback Peyton Manning, age 33 years old.

Now, the simple response is to say "McNabb isn't Peyton." I know. Of course he isn't. But, Donovan McNabb is a top ten QB. Yes, he is. I'm not going to even acknowledge anyone suggesting otherwise. I won't put people like Matt Schaub or Tony Romo ahead of McNabb. I'm also not 100% certain that even Aaron Rodgers is better. Guys like Peyton, Tom Brady, Philip Rivers, Eli Manning, Brett Favre, and Drew Brees are clearly better than him. So, at best, He's a between 7 and 10, and when you are in that range you are an elite-level player in the NFL.

That established, we've seen players like Brent Celek, DeSean Jackson, Jeremy Maclin, and LeSean McCoy blossom with McNabb as their QB. Why, in God's name, would you  throw a monkey wrench in that development? Because Kevin Kolb is the same relative age as Jackson, McCoy, and Maclin? Does that make any friggin sense?

We've seen Peyton develop Collie, Austin, and (at one point) Reggie Wayne. We've seen Roethlisberger turn Santonio Holmes into a Super Bowl hero. We've seen Tom Brady take a no-name scrub in Miami (Wes Welker) and develop him into Brandon Stokley on the Super Soldier Serum. Are the Eagles actually thinking that Donovan McNabb cannot help in the development of their young skills position players? I mean, these are the caliber of players that McNabb has NEVER HAD at any point in his long career in Philly. Why would he not want to make them better?

Gregg's conclusion makes sense given the info the Eagles are feeding us, but if you take a step back and look at the picture, the excuses are nothing more than an illogical mish-mash of crap. The real reason Donovan McNabb was traded had to do with one word:

Prior to the trade, Kevin Kolb made it known to the Philly brass that he would not negotiate a new contract with them unless he was guaranteed the starting job in 2010.

Think about that for a second.

Some back-up QB who has proven absolutely nothing in this league, and was a reach pick in 2007, is walking into Joe Banner's office and telling him "Make me a starter or I'll bolt." Rather than laugh in the schmuck's face and tell him to get out before they call security, Joe Banner and Andy Reid reacted by trading Donovan McNabb... within the division, no less!

Seriously, can you think of no greater insult to McNabb and all that he has done to build a winner in Philly?

Kolb, with his career 4 TDs to 3 INTs, got the Eagles to boot McNabb by making his power play. This is the same Kevin Kolb that was drafted in the second round in 2007 after the Eagles traded out of the first round; the same Kevin Kolb that was picked ahead of players like Zach Miller, Sydney Rice,  LaMarr Woodley, Eric Weddle, and Steve Smith. You know, guys that might have helped Donovan McNabb and the Eagles win a Super Bowl. Instead, they took Kolb, who has done nothing but imitate Jim Sorgi the last three years. Now, in order to justify that pick and prevent Kolb from bolting to another team, they traded McNabb. 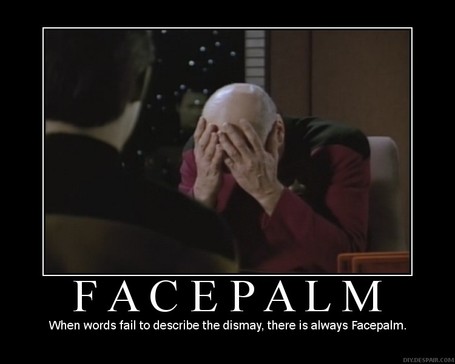 Obviously, Andy Reid and the Philly brass certainly do not have the stones to tell this to Eagles season tickets holders. This is because Reid and his crew are nothing more than spineless buffoons with zero accountability for their consistently stupid moves. But yeah, that's the reason why McNabb was traded. It wasn't because McNabb's skills are significantly declining. It wasn't because they wanted all their young players to develop with other young players. It was because Reid and his crew screwed up the 2007 Draft, and now the sacrificial lamb for that botched move is Donovan McNabb.

So, again, if you have season tickets Eagles fans, scalp the hell out of those things. You were totally screwed over by the morons running your team. Return the favor.