Why are Antoine Bethea and Robert Mathis staying away from OTAs?

Share All sharing options for: Why are Antoine Bethea and Robert Mathis staying away from OTAs?

Comcast has generously agreed to support the best NFL community around -- us!  As part of that effort, between now and the end of the 2010 NFL season Comcast will be sponsoring a variety of special editorial and interactive features on our site.  They begin today with the launch of the Comcast HD War Room, your weekly destination for key draft insight and opinion.

Before we get into details and projected scenarios, let's just state the obvious: Antoine Bethea and Robert Mathis will likely attend the mandatory June mini-camp as well as the late-July training camp. I think we can all agree that if one or both hold out from those two events, we'd all be a bit shocked... and so would the Colts. So, what we are going to talk about here is not some kind of doomsday, "OMG the team is screwed!" type of scenario.

What we will talk about are two very important, very established veteran players who are holding out of voluntary Organized Training Activities (OTAs) because they are unhappy with their contract situations.

Between the two of them Bethea has the biggest gripe. A first round tender, which provides a $2.621 million one-year contract to the safety, is damn near an insult. Yes, I know many of you are likely thinking that no one who is offered $2.621 million to play a game should feel "insulted" by that offer, but the reality is this is the NFL. Lots of players who are, quite honestly, inferior players to Bethea are making more money than he is.

I've long maintained that Antoine Bethea is probably the most important person the Colts have in their secondary. He has been tremendously productive and very durable over the past four years. Since 2006, he's missed only 5 games. Since 2008, he has never missed a game. Last season was his best as a pro, with 95 tackles, 4 INTs, and 2 forced fumbles. With these stats, a second trip to the Super Bowl, and yet another Pro Bowl nod, Bethea continues to establish himself as one of the best safeties in all of football.

I could contrast all this with Bob Sanders stats, but we know those already; especially the "games played" stat. I'll just state the obvious: Bob is injury prone. Antoine isn't.

Now, compare the two contracts of both men. Despite playing in only 8 games the last two season, Bob Sanders is making $37.5 million over the length of his five-year deal. When he signed the contract two years ago, he got $20 million in guaranteed money upfront. While I am sure Antoine has absolutely no problem with Bob making this much bread, when you consider that Antoine has been

than Bob Sanders from 2006 to today, it is only human for Antoine to look at the $2.621 million one-year contract the Polians offered him after he had his best season as a pro and say, "Um, no. You're paying me Bob money, or I'm not attending OTAs." 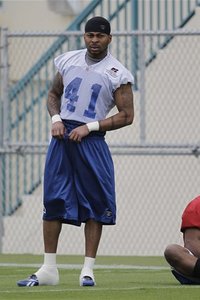 Antoine wants a pay day. Who can blame him? With the way the football labor talks are going, there is a real chance football might get locked out after the 2010 season. While owners will continue to rake in tens of millions of dollars from TV contracts regardless of whether football is played or not, the people who actually participate in the game get nothing if no games are played.

So, if you are a top-flight safety like Antoine Bethea, you want to get your financial situation set before the NFL owners act like greedy slugs and lock the players out for the 2011 season. This is especially true if, for the last four years, you've been playing on a rookie contract, as Bethea has done.

And then there is the reality of not having a salary cap in 2010. Here's a good comment from G Colt in a separate thread:

It seems like there are more players than usual holding out during OTAs this year than during the past few. I wonder if agents are pushing those who are playing at bargain prices to hold out now since there is no cap. They have more of a chance hitting a big deal now rather than when later when there is a possibility that the cap may be back in play next year.

The absence of a cap creates the type of atmosphere similar to baseball and the NBA. Owners are hording big money. They may be saying otherwise, but my sense is they are collectively lying. Since they refuse to show us their books, yet continue to spend ridiculous money on players and new stadiums while also raising ticket prices, I'm going to call "BS!" on owners saying they are bleeding greenbacks. Players like Antoine Bethea aren't dumb either, and are likely calling "BS!" as well. They saw a team like the Colts host two playoffs games in 2009, with one being the AFCCG. It's the second AFCCG the Colts have hosted in four years, and the fifth playoff game the Colts have held at home since 2006.

All those games are BIG money for Jim Irsay.

Now, prior to this year, the argument against signing certain players to big deal was "the cap." "We can't exceed the cap." "The NFL has a hard cap, and we absolutely cannot go over it." "Blah. Blah. Cap. Blah. Blah." The NFL has had an equally important salary floor, meaning all teams were required to spend X number of dollars on the players. This is to prevent embarrassments like Rod Serling from infecting the NFL with their cheap, petty methods of team management.

Well, today, with the cap gone, there is no excuse. Teams like the Colts likely have the money, and there is no ceiling preventing them from spending it. Ticket sales are sold out this year for Indy. They'll be sold out next year as well. They play in a beautiful stadium on the taxpayer's dime. So, yeah... Irsay has the cash. However, from Irsay's POV, he is equally unsure if football will get played past 2010. Also, what if the cap returns and the Colts are over it because of new contracts locked up in players like Bethea and Mathis?

Personally, I don't think that is much of a concern. If a new cap is initiated, it will likely allow for teams to re-work deals to get them under, or provide grace periods for teams to negotiate cap-friendly deals with players. Players do want to get paid after all, and not cut because the team does not have the cap room to keep them. Remember, NFL contracts are not guaranteed. 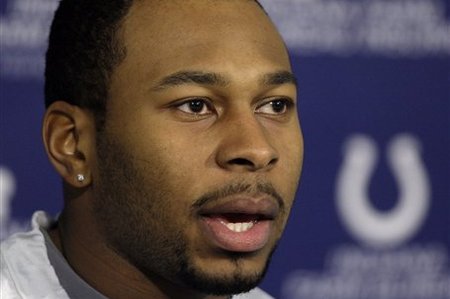 Issues like these listed are why the salary cap structure was so important. Right now, we are in limbo with a toxic mix of continued uncertainty approaching. We have a league with no structure, no future, and no agreement moving forward. Because of this uncertainty, players want to get their pay day before something new is established that could prevent or limit that payday. And if the new league is one with no salary cap (which the players want to do away with) and no revenue sharing (which is what the owners want to dis-continue), a team like the Colts has to change the way they do business in terms of signing and re-signing veteran players.

This, above all else, is likely why Bill Polian has not signed Antoine to an extension. Bethea is exactly the kind of kid Bill works hard to lock-up in order to prevent unnecessary distractions from happening, like sitting out from OTAs. I genuinely think Polian wants to give Antoine big money, but with all this craziness looming, he likely isn't authorized to.

At the Super Bowl, the topic of a lockout in 2011 was very much on the minds of Colts and Saints players. Matt Stover told me and a few other people that a lockout from the owners would be "an attack on the players." He wasn't just casually throwing that phrase out there. He made a point to repeat it later on in a conversation between him and Gary Myers. Because of this feeling of dread from the players, the lack of structure (no cap), and the fact that many other less-deserving players (like JaMarcus Russell) have cashed in prior to all this murkiness, an established veteran like Antoine Bethea is not just going to settle for a $2.621 million one-year contract tender. Oh sure, he will probably sign it prior to the June mini-camp (at least, I hope he does), but that doesn't mean he can't make his point.

As I wrote regarding Mathis earlier today, his situation is less sympathetic. He's already gotten paid. However, for fours years, Bethea has played VERY well under a contract he signed after he was drafted in the sixth round in 2006. He's been paid peanuts relative to other players for his excellent production. He likely wants Bob Sanders money, and he deserves Bob Sanders money. The problem is the Colts are unlikely to pay him that, and his absence (along with Mathis) from OTAs creates yet another distraction as we NFL fans enter a foggy and uncertain 2010 season.

Comcast is a proud supporter of Stampede Blue. You’ll get your Indianapolis Colts games as a part of over 120 NFL games Comcast provides in HD, as well as On Demand game recaps from every NFL game every week, faster Internet speeds, and stunning HD. With Comcast and NFL RedZone, you get every touchdown from every game every Sunday afternoon! Call 1-800-COMCAST or visit http://www.comcast.com.