Share All sharing options for: Paul Kuharsky at ESPN has to deal with lots of stupid readers

Fans who watch ESPN and follow the NFL can sometimes be stupid people. Others aren't, but there is a reason I despise "ESPN chats" between their writers and readers. For me, these ESPN chat environments tend to bring out the dumbest of the dumb. Maybe it's who the network tailors their content to.

Speaking of dumbest of the dumb, check out this guy, from Paul Kuharsky's ESPN chat yesterday:

Joe (Indy): Glad to see you acknowledge that Peyton Manning doesn't exactly play his best ball in the postseason. You're prone to understatement, though: aside from one great half against the Jets, Peyton is actually ABYSMAL in the postseason. (And please don't bring up our one and only Super Bowl; Peyton was horrendous, but fortunately for us Colts fans, Rex Grossman was worse). The question is WHY? How can a guy so consistently stellar in the regular season morph into JaMarcus Russell in the postseason year after year after year? (ONE good half against the Jets aside). Is it pressure, anxiety, the cumulative wear on his body? Every Colts fan I know would happily give back some regular season wins and gaudy stats in favor of postseason success. In the end, Peyton will go down as an overrated paper tiger who crumbles whenever the games actually count. I can honestly claim I'd rather have at least 14 or the 32 starting QBs on my team.

Paul was gracious in answering the question, which is why he works for ESPN and I don't. I'd have either ignored the post (the wise policy), or called the guy a flaming douchebag with the football IQ of a brain damaged pig (the less wise but more entertaining tactic). 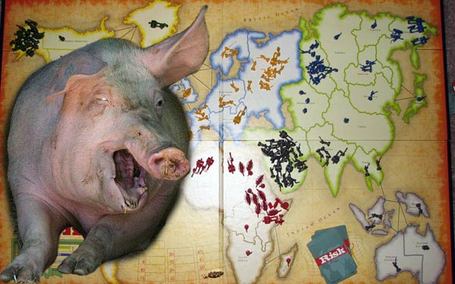 Also, when did Paul Kuharsky say that "Peyton Manning doesn't exactly play his best ball in the postseason?" If he did, Paul said something pretty ignorant.