For Tony Kornheiser's entire run as a booth analyst for Monday Night Football, we at Stampede Blue went to extra-ordinary lengths to bash and belittle the bald-headed hack for the plain and simple reason that he was obviously unqualified for the job. It reached a head in 2007, when during a Jaguars v. Colts game that was reasonably entertaining, all Kornheiser did was talk about Tom Brady. I remember this game so well that I went back into the Stampede Blue archives and dug out this little gem:

It was pretty clear that after listening to last night's Monday Night Football broadcast that ESPN, in particular schmuck-extraordinaire Tony Kornheiser, did not care that the Colts, who had won five in a row, were playing the Jaguars, who had won five in a row. All Kornheiser and the ESPN crew wanted to talk about was Tom Brady and his team. From the 9:55 mark in the first quarter to the end of the game, Kornheiser mentioned Tom Brady and his team more than twenty times even though neither Brady or his Boston brothers were within 2,000 miles of the game in Jacksonville.

One of my primary complaints about Kornheiser as an analyst and as a writer has always been that despite his 40 years covering sports as a print, radio, and television journalist he is about as ignorant on the sport of football as my grandmother is... and she's dead.

Well, today, courtesy of Green Bay Packers quarterback Aaron Rodgers, we have a reason why Kornheiser has seemed so f*cking stupid whenever he talks or writes about football: It's because he doesn't give a sh*t about it.

On an ESPN Radio show in Milwaukee, Rodgers blasted Kornheiser by calling him embarrassingly unprepared for his job when ole Tony was the booth guy next to Mike Tirico and Ron Jaworski from 2006-2009. From Rodgers (via PFT):

"He did absolutely no research. We'd sit in those production meetings and he would add absolutely nothing to the conversation. I'd be like, 'What are we doing here? This is stupid.'"

I guess it only makes sense that Tony, who has always been in love with Titans quarterback Vince Young, would mirror Vince in his work habits.

Look, it certainly is not a great revelation that someone in television was paid a lot of money to, basically, not do any work. However, with Kornheiser, his lack of knowledge on even the most basic subjects pertaining to football was so painfully obvious to viewers that it made us cry out for the "good ole days" when Dennis Miller was raping our ears with his unfunny diatribes on how Mike Martz was some kind of "mad genius" coach. As dense and pompous as Miller seemed on TV, he looked like Pat Summerall compared to Kornheiser.

And say what you want about Jon Gruden and his endless rants about how "This GUY is real GOOD and MAKIN' THINGS happen with the FOOTBALL!" at least Gruden knows something about the sport and seemingly prepares himself to discuss the subject on national television. At the end of the day, that's all I want in a booth analyst.

Oh, and before anyone starts getting all pissy about us taking shots at Kornheiser before meeting him, I'll just say that ole Tony has a very well-documented reputation for being an arrogant, extremely insecure prick to many people. So, yeah, he kind of deserves it.

Special thanks to King Richard for bringing this wonderfully truthful rant by Rodgers to our attention. 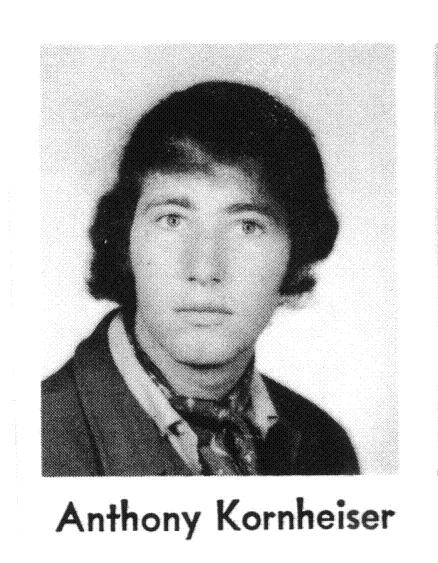 Portrait of a schmuck